As I've mentioned before, Michael Raichelson has a site where he's selling frames.  It's called MobileFra.me.  He started out with Chubs and now he's expanded to also handle Scramblers.  You still purchase a set of five frames but now you have several choices between base colors and accent colors.  In addition to that, you can also purchase several different pieces of terrain.  He's also featuring links to other frame companies that are being offered for sale by their owners.  So check it out, you may find something you like there.
Posted by Mantisking at 6:34 AM No comments:

Let's finish out the week with the last of the Decepticon Combiners. 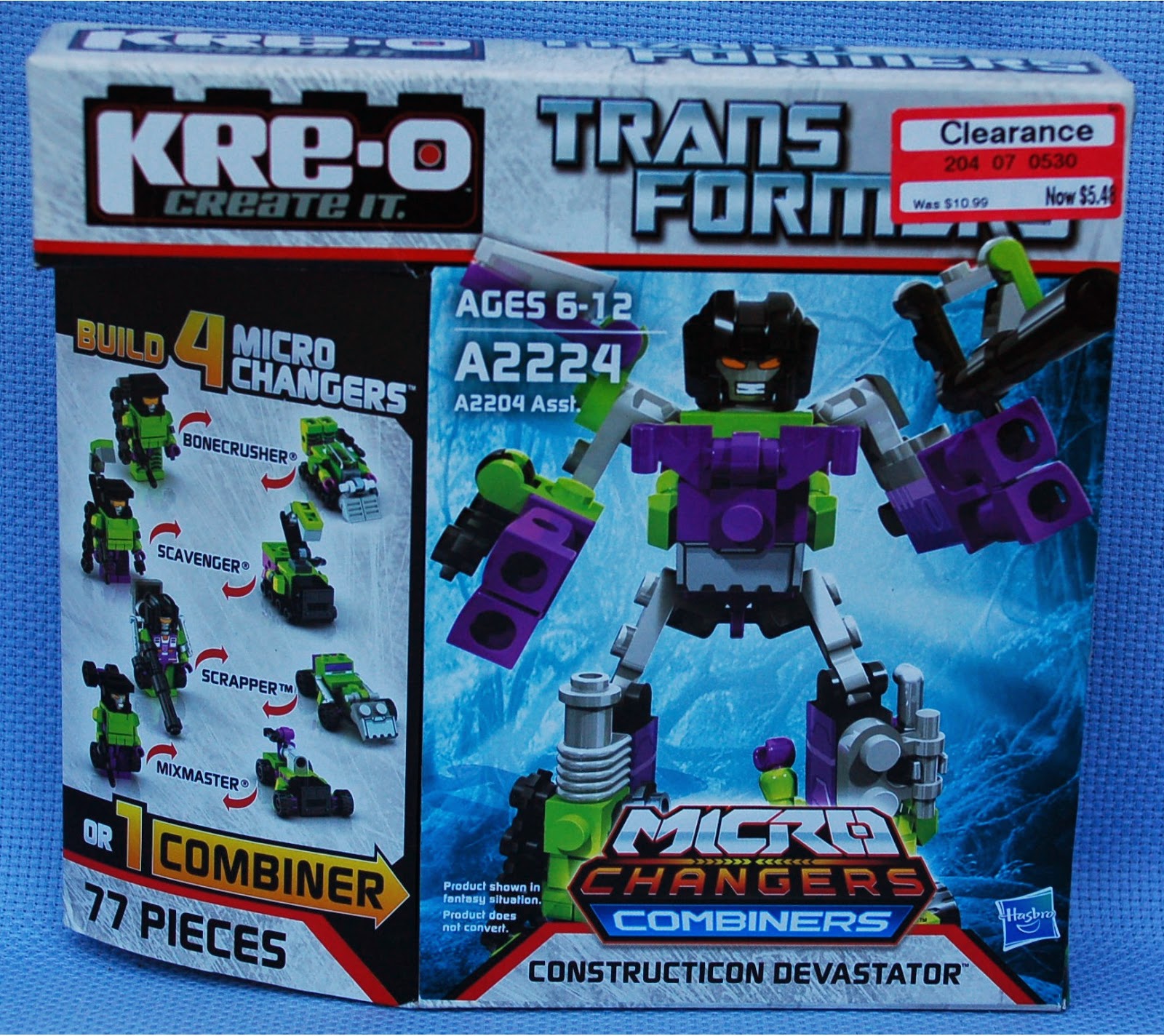 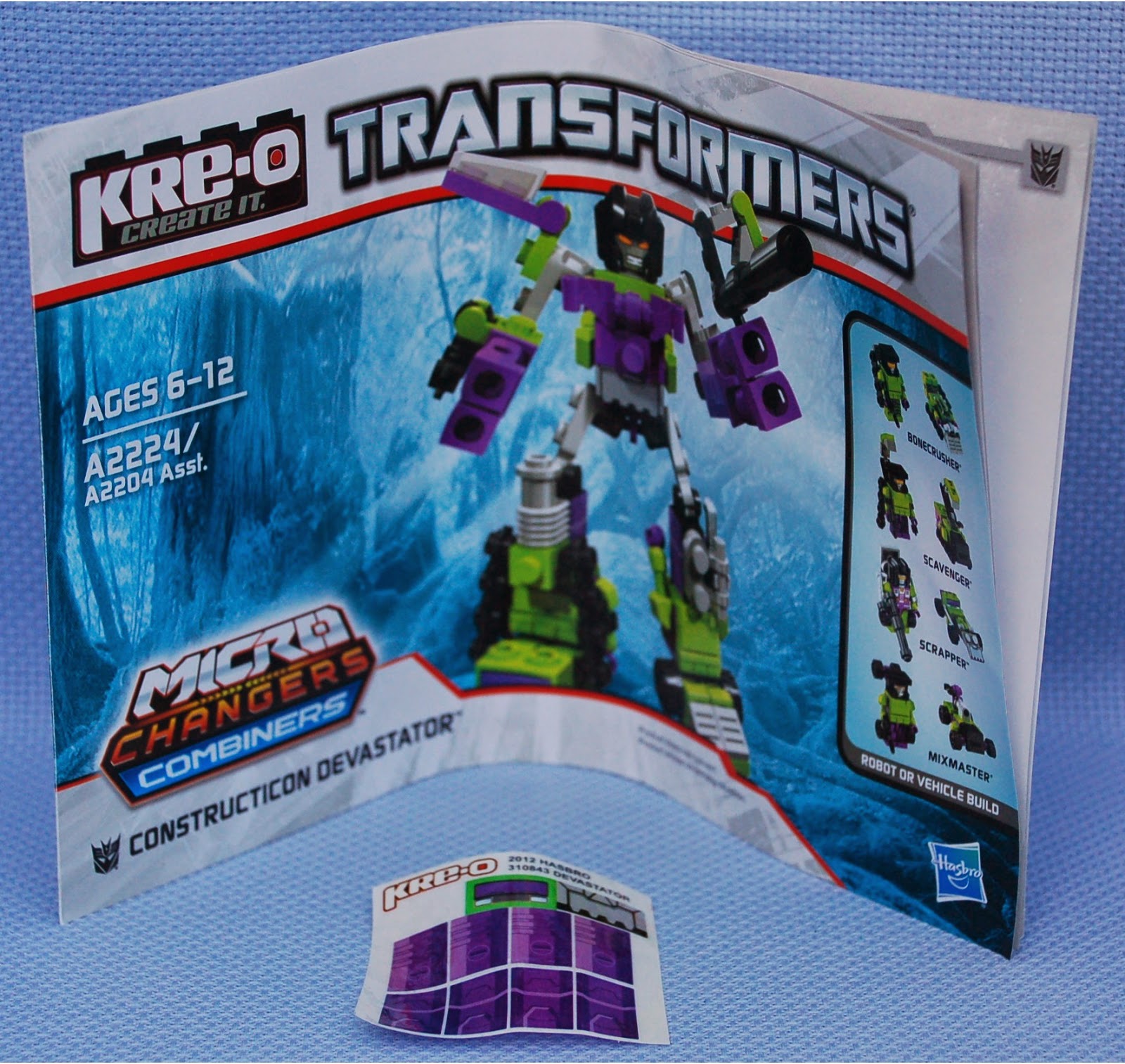 Kreon Mixmaster.  I have a ton of those wheels now.
Lampholder, and that funky, SNOT, Modified brick.

Another review from the batch I purchased last Saturday at Target on 50% Clearance. 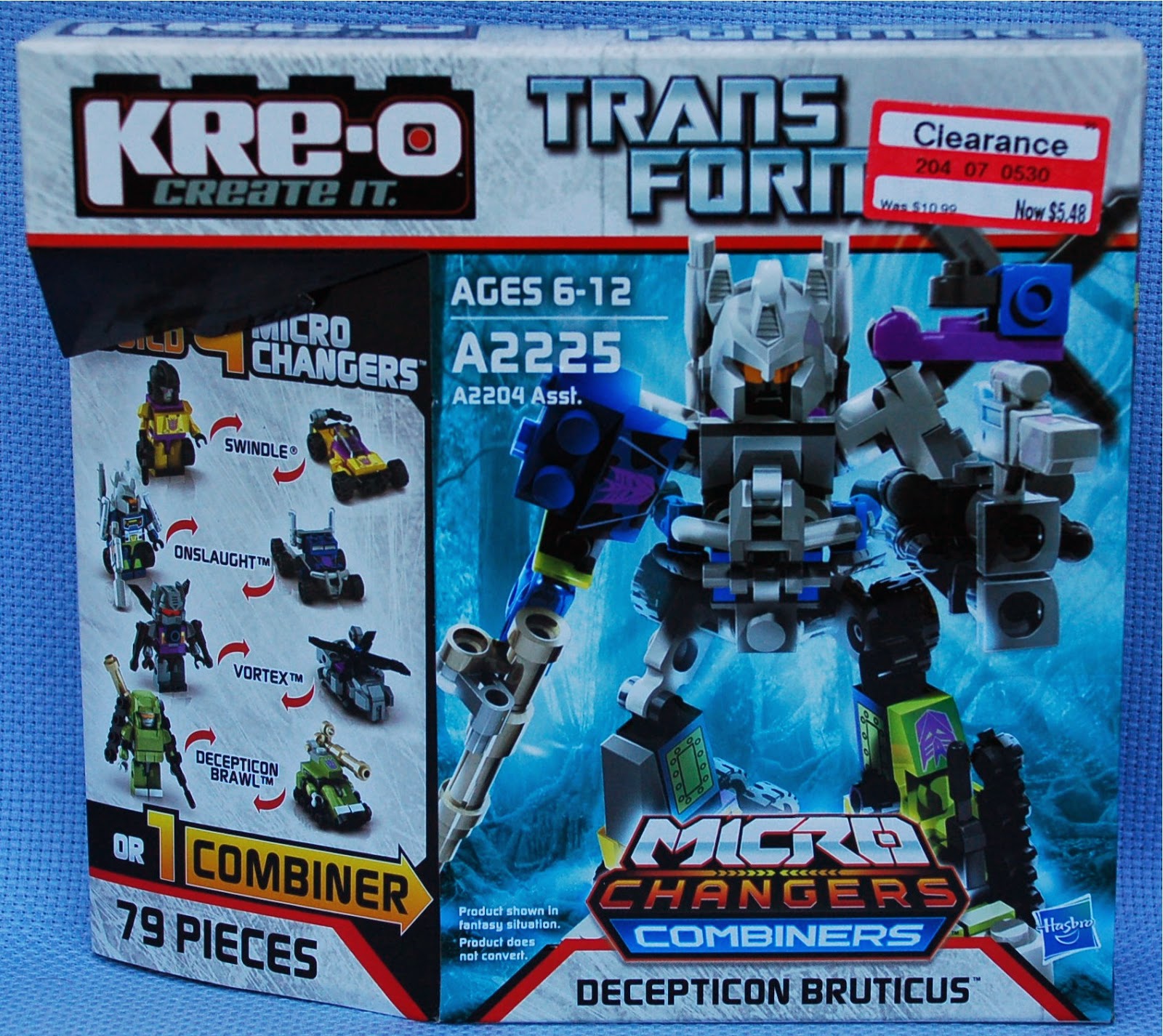 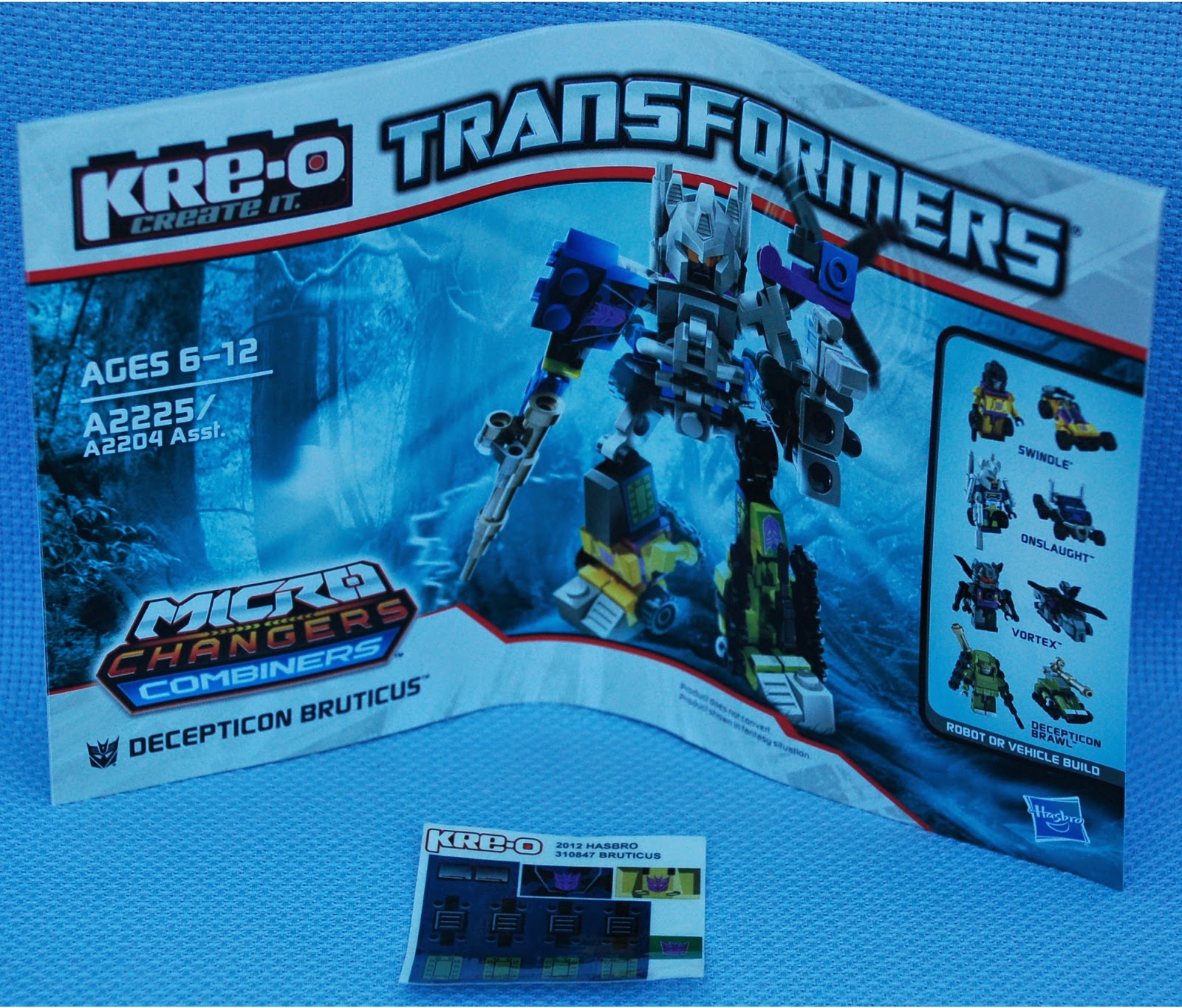 Kreon Brawl.  Olive green!  Plus it has those "tank tread" pieces, that Kreon bazooka, and a 2/3 height 1x1 brick. 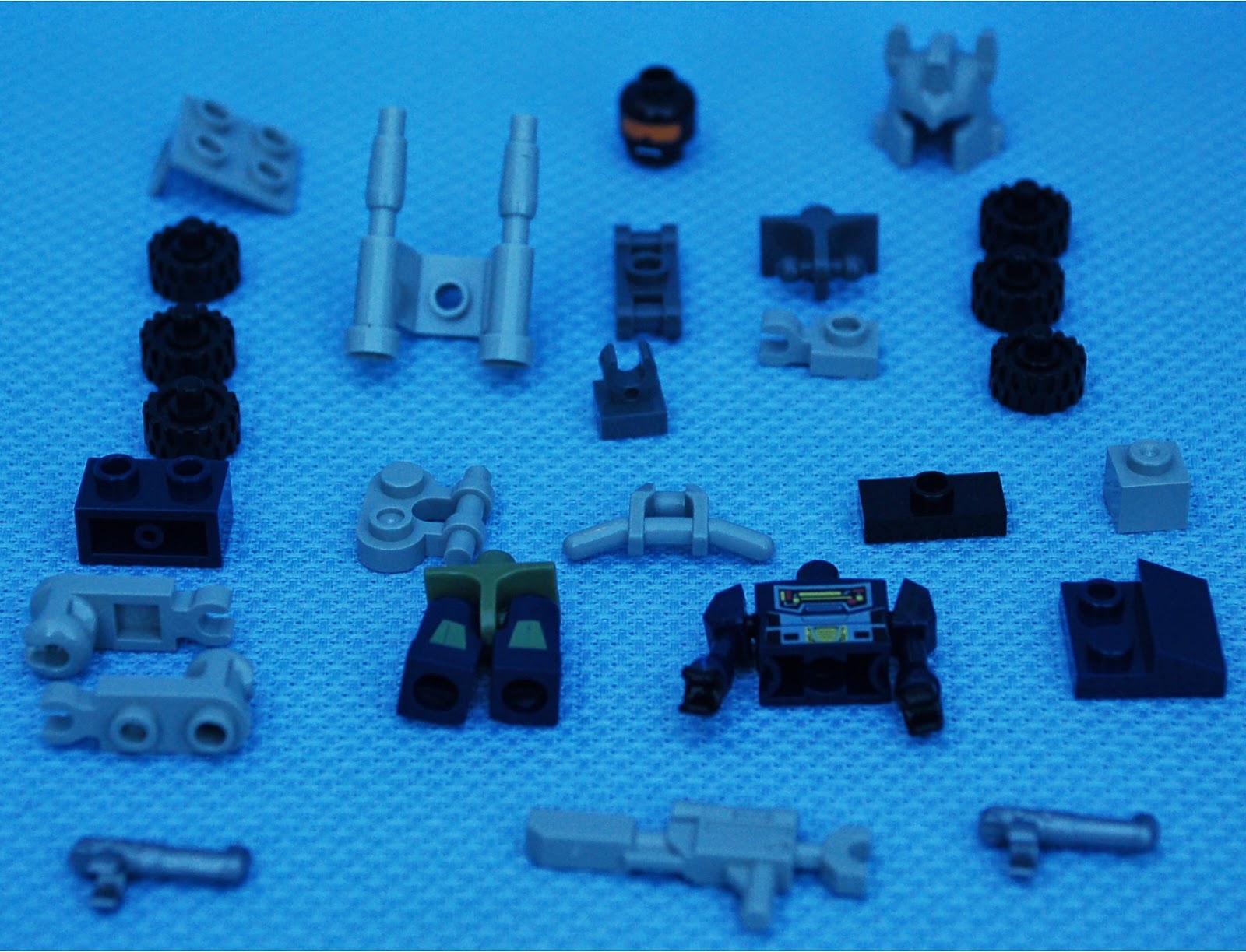 Kreon Vortex.  The helicopter blades are cool,
as is that 1x1 Round Plate w/Vert. Bar.

Parts.  We have more of those 1x2 Modified Bricks w/Bar & Technic hole, and they do fit a Technic Pin.  Those other 1x2 Modified Plates w/Vert. Clip and some other sort of attachment will fit a bar in the open hole

I saw a bunch of these on Saturday at Target on 50% Clearance, so I grabbed them. 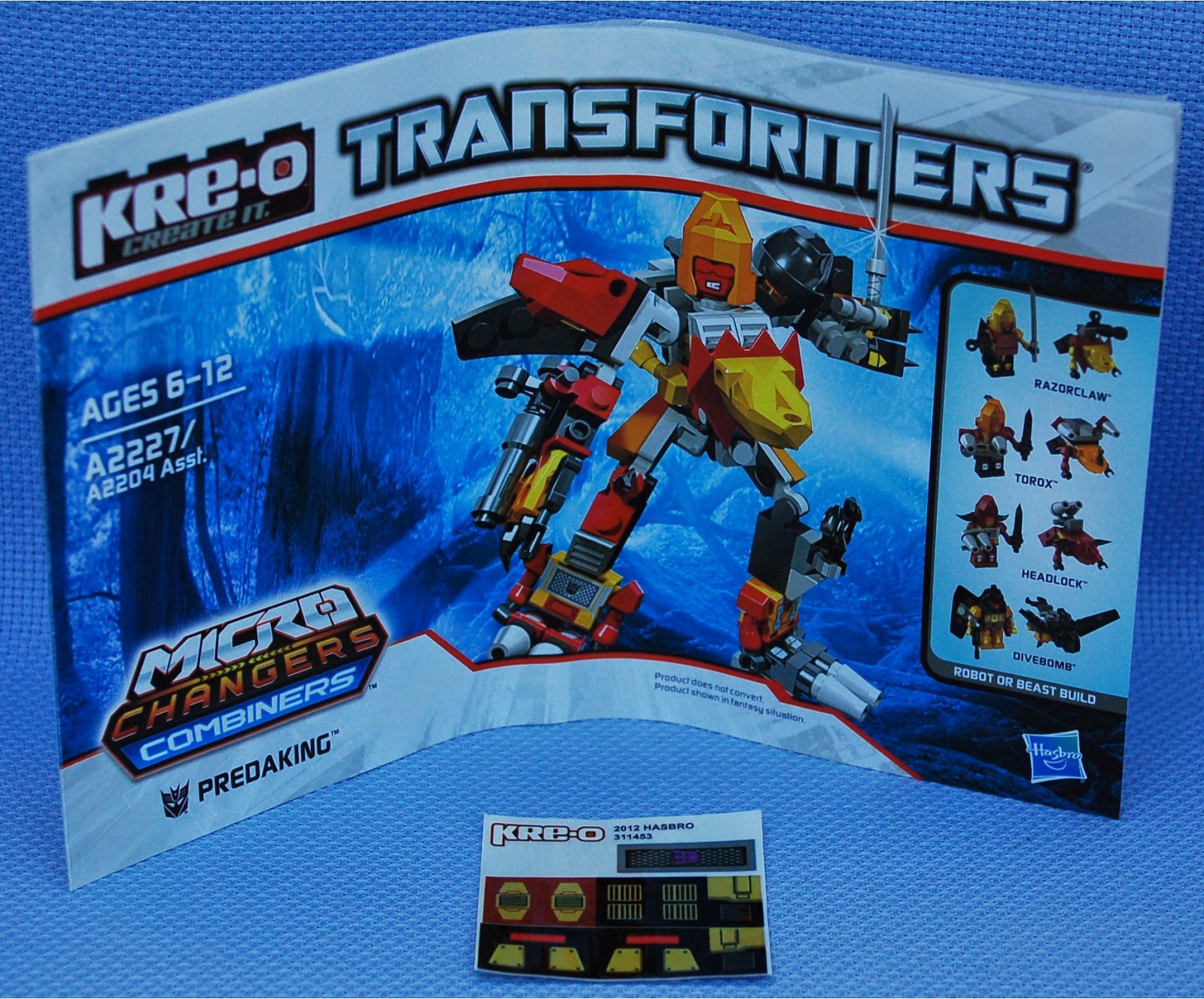 Kreon Divebomb.  We have that neat Double Stud Plate, a bar plate, two clip plates, and two wedge plates, along with all the Kreon attachments.

Kreon Headlock.  I see a bar plate, a clip plate, a grooved cheese slope, and two cones, along with the Kreon attachments.

Kreon Razorclaw.  I see a clip plate, a grooved cheese slope, and two cones, along with the Kreon attachments.  That piece in the middle is cloth.  It acts as the mane in Razorclaw's animal form.

Kreon Torox.  Two cones, jumper plates, and clip plates, a double bar plate, a 1x3 Slope, and 1x1 round plate w/bar, along with the Kreon attachments.

Parts.  Here's where it gets interesting.  There are five 1x2 Modified Bricks w/Bar and what looks to be a Technic hole.  There are also five 1x2 Modified Plates w/Vert. Clip and some other sort of attachment.  These parts should be really interesting to play with.  There's also a Kreon's "hip" part to play with, along with three more Double Stud Plates, two jumper plates, two 2x2 plates, two grooved cheese slopes, two 1x2 slopes, a 1x1 round plate,

This one has been out for a while.  It's finally dropped down to an affordable price with TRU's Clearance sale. 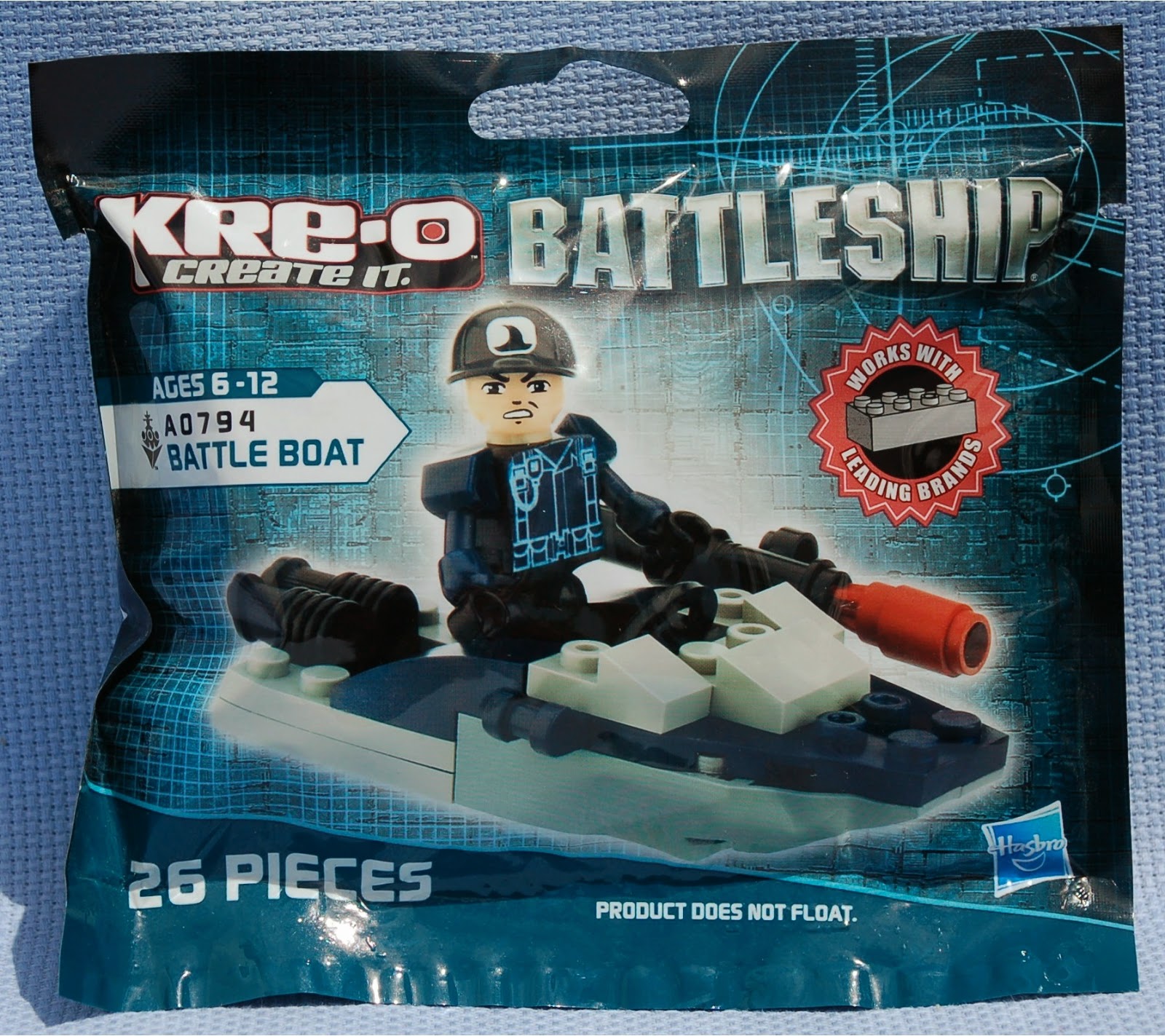 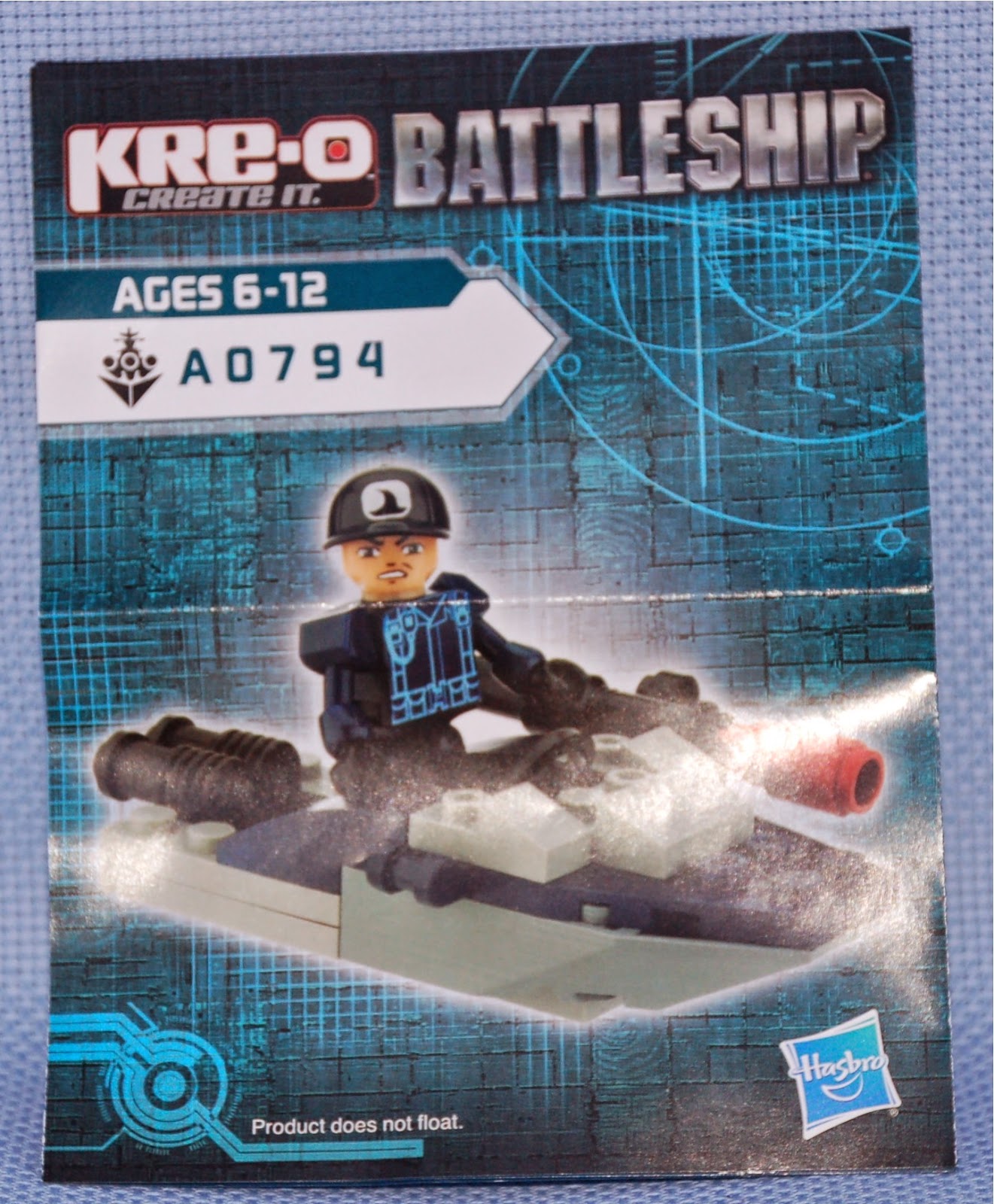 Parts.  There's not really much here.  Those funky brick + round brick SNOT pieces in black are nice.  I also like the two piece steering wheel.  The sci-fi bazooka could also come in handy.


There's a poster included that really pads out the polybag. 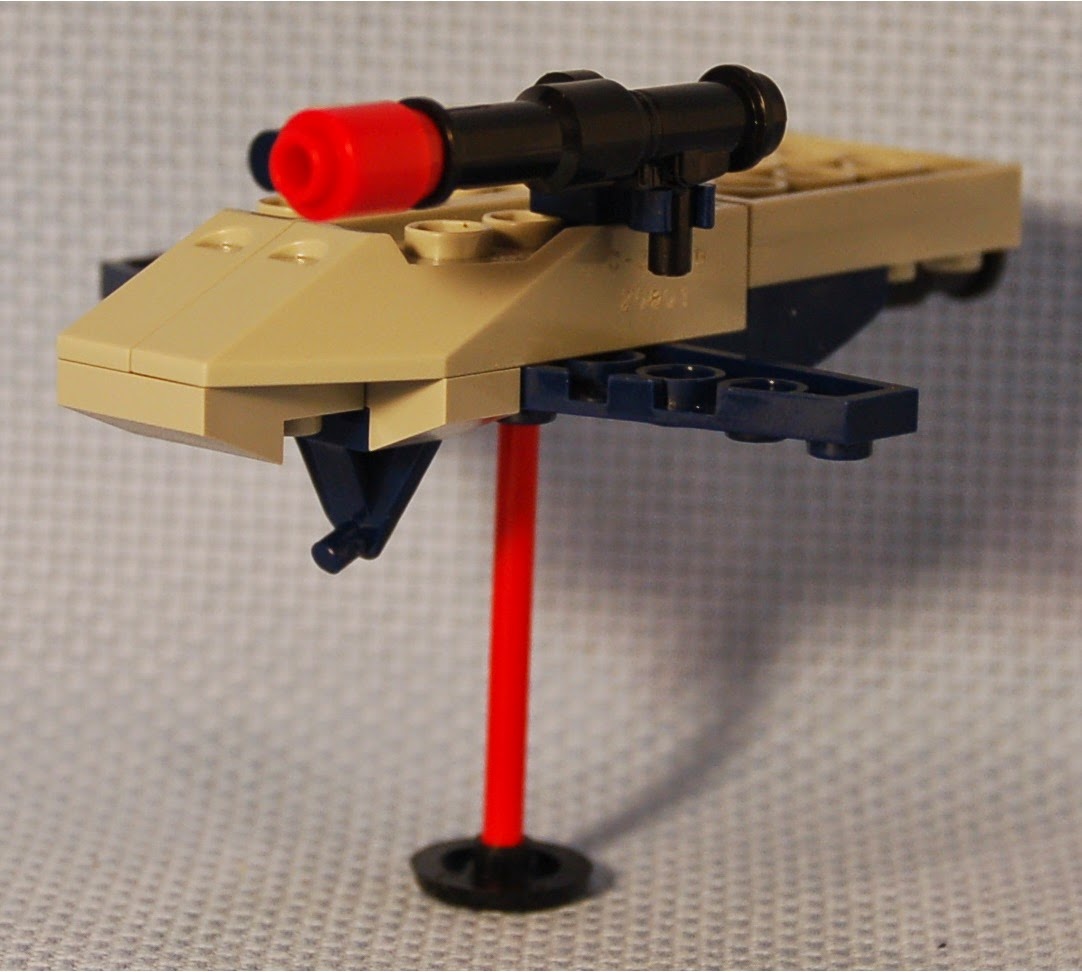 Here's a quick IO Frigate I built.  This is about the most you're going to get out of this set.  It does come with its own stand though!

This set and the other small Beast Hunters set are both on the bad side of the price/piece-count ratio.  Yet they both intrigue me with handfuls of useful parts. 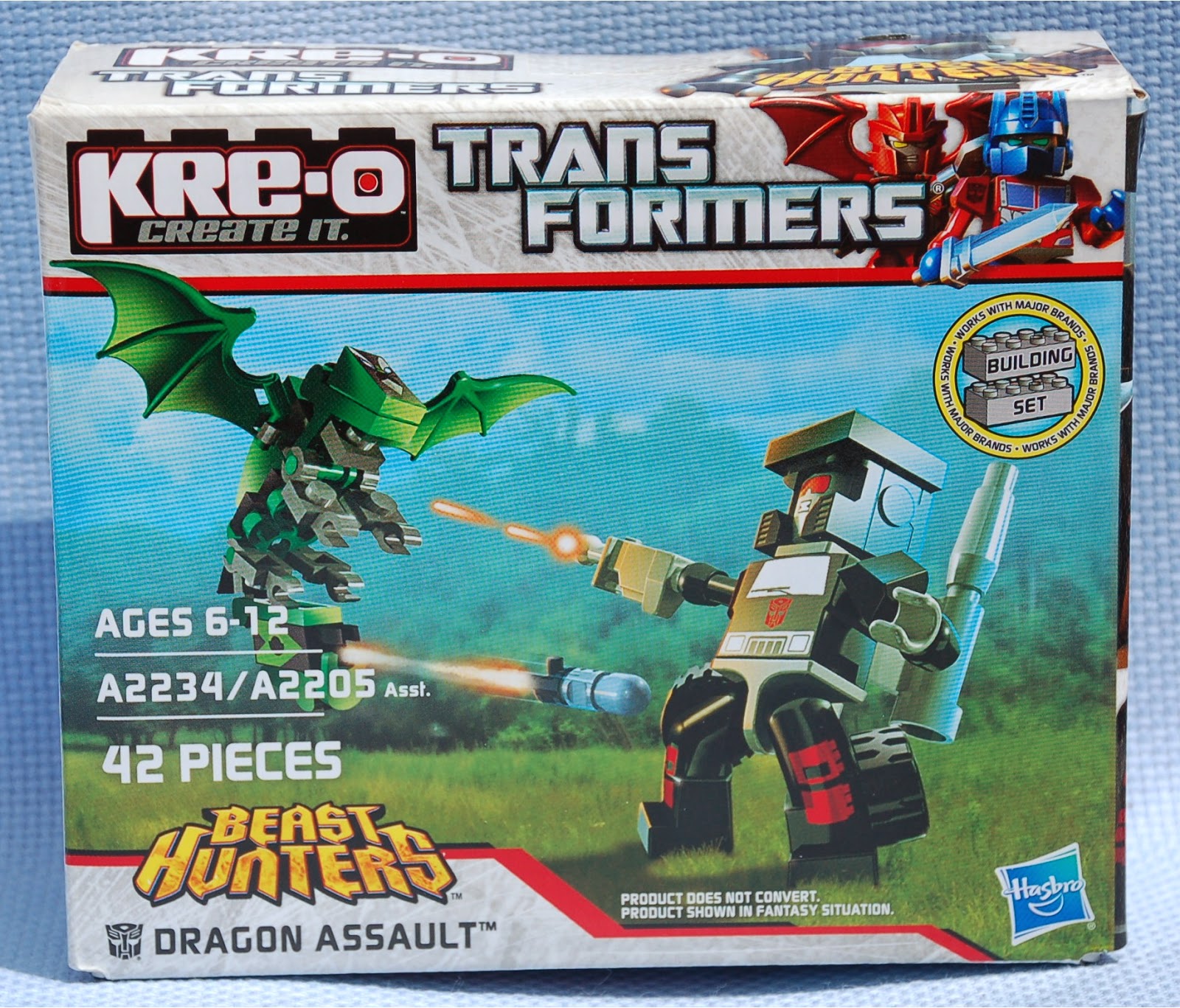 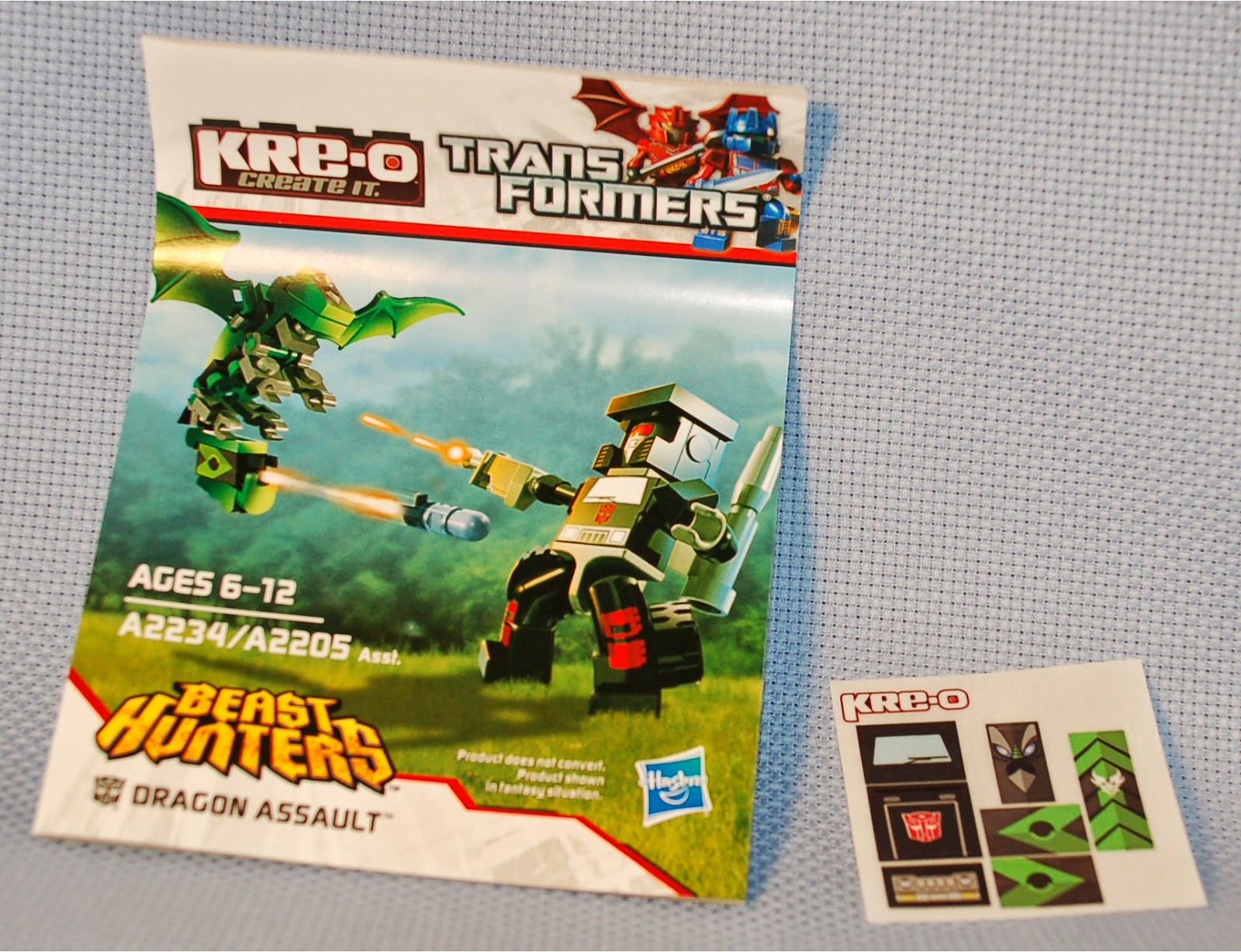 Parts.  Lots of those double Horizontal Clip Plates.  A couple of Clip Plates, Open End Bar Plates, plus a handful of Closed End Bar Plates make this a good choice for arm or leg articulation.

Kreon.  That backpack and gun look like useful little bits. 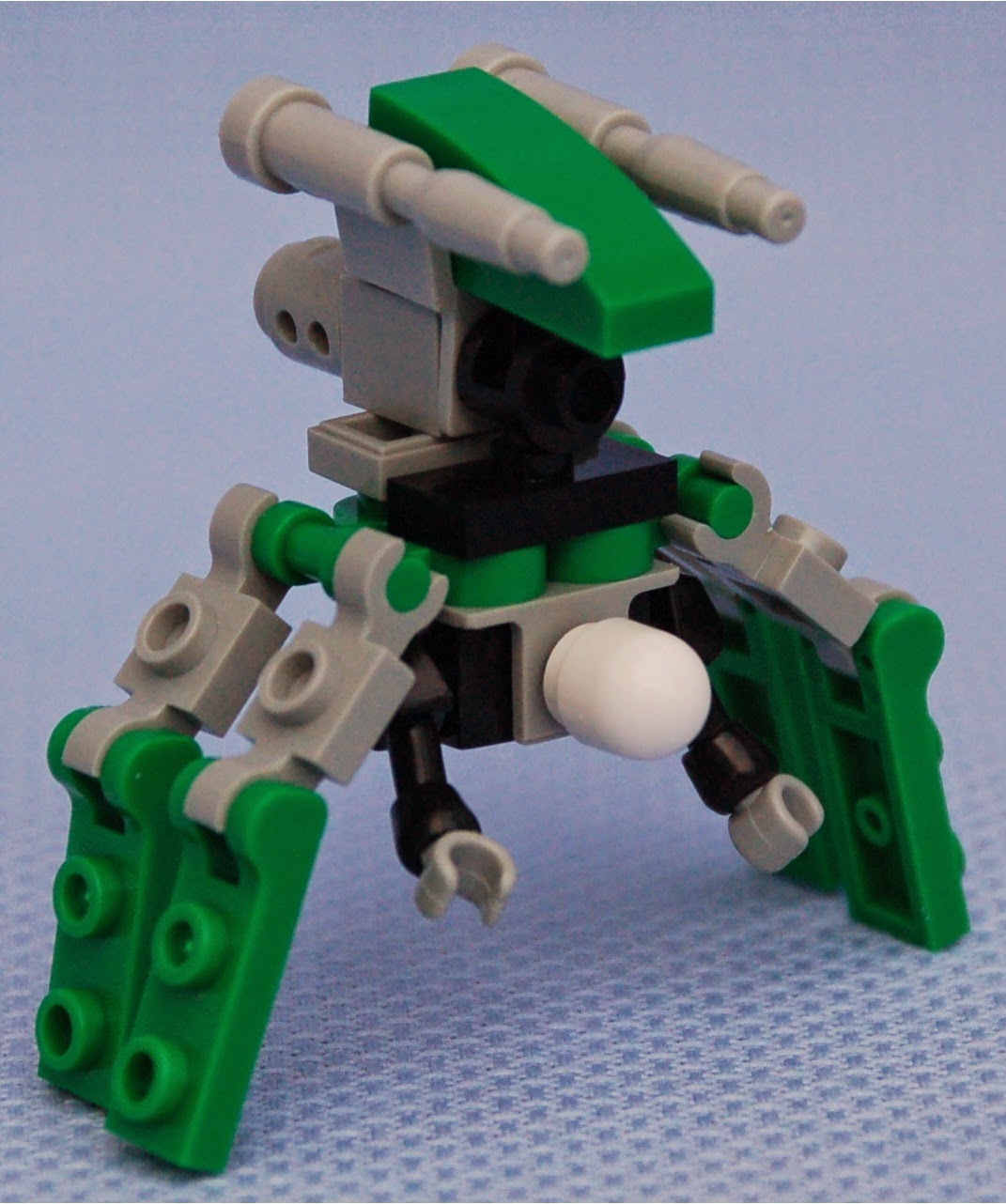 Super Mecha Insect.  I think this is a pretty fun little build.  It did take me a while to get the backpack connection to work though.  It's also missing a jumper and the Kreon's gun which would have given it 2Rd+d8/2Rh/1G/2W for stats.

And, for a moment of fun, a Micro-Kreon.

Here's a few pieces of information for your Monday morning.

Sale Alert.
Target is running a sale of $25 each on three different Lego Movie sets.  These sets are already a good deal and this just enhances it.  Other Movie, Creator, and City sets are also on sale.

Another Lego Ideas Submission.
Mugbearer has another submission to Lego Ideas.  In the FAQ he specifically calls out making a "Tabletop Miniatures Wargame" for his submission.  Hmmnnnnn, what if there already was one?  :-)

Neat 3rd party stuff.
I came across this from an article on Brickset.  A company called Minifigs.me is making printed tiles in a few different sizes.  The smallest one is a 1x2 Tile.  I think this one may be my favorite.  They're based in England, so be careful about shipping costs when ordering.
Posted by Mantisking at 6:48 AM 2 comments:

Here's a few mecha for your Friday enjoyment. 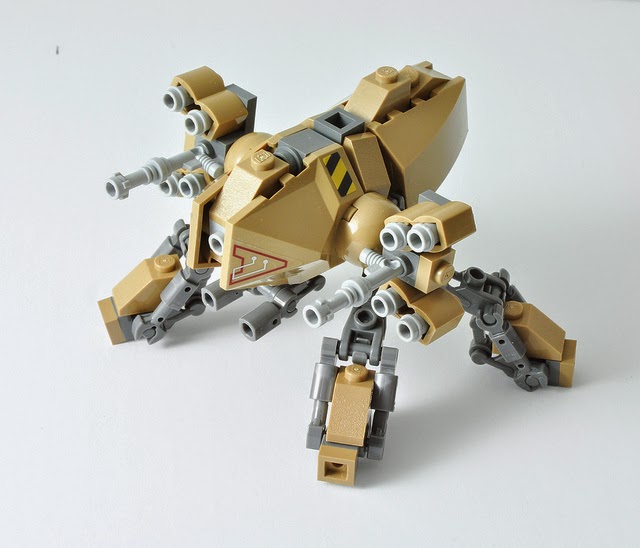 K-Drone by Si-MOCs.  This one's sick.  It even has a carrier. 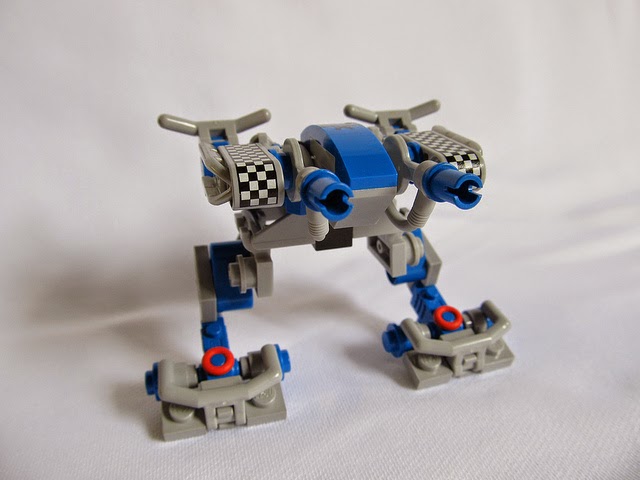 Sunder by Mitch.  Great use of stickers and color on this one.

Mantis 1 by Paradoxboy.  It needs a bit more secondary color for contrast, but this is a great build. 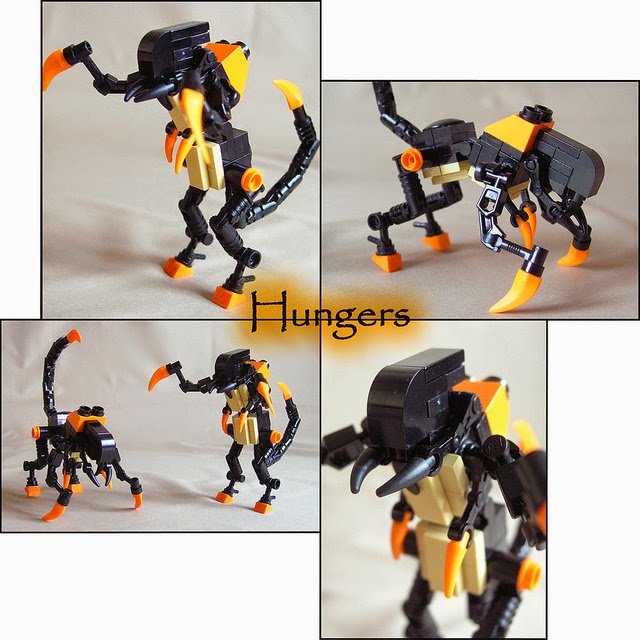 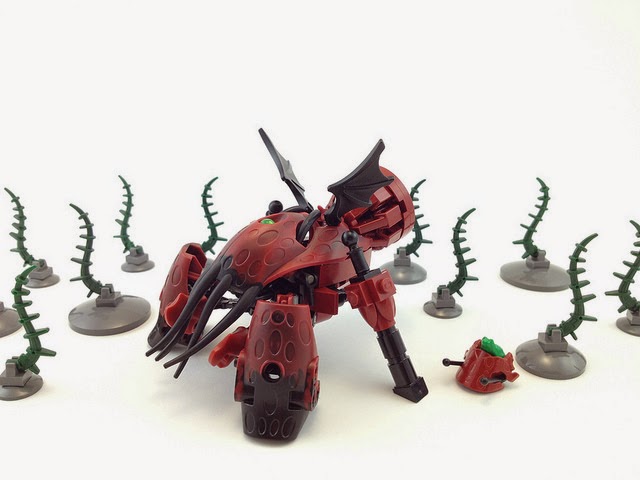 World Domination by A Plastic Infinity.  Great color use and composition in this one.  It even has a little bit of scenery for that undersea look.

The battle is continued from Part 1.


The scrum in the center of the battlefield is still pretty tight but it's starting to expand.

Posted by Mantisking at 6:35 AM No comments:

On Sunday, June 1st, 2014, four people gathered together to wage interstellar war.  Grafvonbarnez, Tom, Stevenik, and myself inflicted great hurt on each other via little Lego spaceships.  The table we used was only 4 ruler lengths long by 2.25 ruler lengths wide so we ignored the normal "terrain" placement rules.

Tom started out as the Defender.  I was the Primary Attacker, and Grafvonbarnez and Stevenik were the other Attackers.

Here are pictures of the start of the game.

The battle report will be continued in the next blog post.
Posted by Mantisking at 6:07 AM No comments: