This is the second of a series of Transformers "Brick Boxes" released by Hasbro in past holiday seasons. 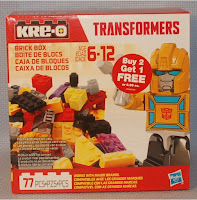 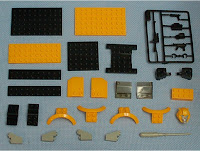 
Parts 1.  Several large Plates, Mudguards, Slopes, Hinge Plates, Fists, a Modified Plate that appears to be some sort of car frame, a sprue of weapons & equipment, a Head, a Launcher Brick, and a Missile. 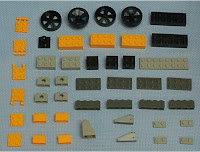 Parts 1.5.  Here's the
Launcher and Missile. 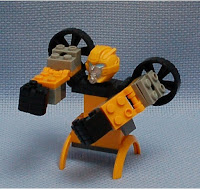