Five years ago I came up with an expansion for my Single Set Challenge, the Double Set Challenge.  It's nowhere near as popular -- I think I'm the only one who's tried it -- but I still like the idea.
So when the Blok Head City Builder set came along and I commented that it needed one more Ball Joint Plate to be awesome, I figured I'd take a shot at a Double Set Challenge with it.

Granted, it does violate the first rule I set down, it has more than 50 pieces -- but I'm going ahead with it anyway. 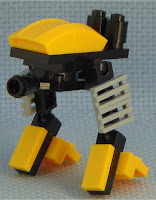 Third Build -- A crappy little Station.
So from two sets at $8.00 total I managed two Frames and a
Station.  Six sets would get you six Frames and three Stations
-- for $24.00 -- which is a decent starting squad.  All you'd need
is something for SSRs and a Ruler and you'd be good to go.
Posted by Mantisking at 7:06 AM No comments:

I was walking through JC Penney the other night when I found this.  After a quick check of the price tag I saw it was on Clearance, so I bought it. 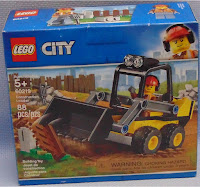 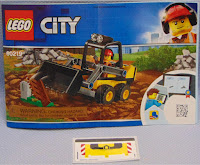 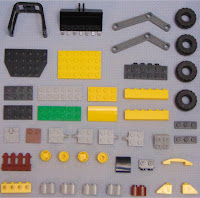 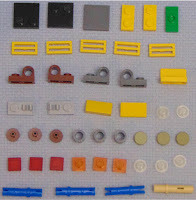 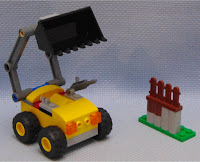 My prior attempt at a papercraft Quonset Hut worked pretty well.  Although I came up with a way to reduce the amount of parts after I put up the blog post.  After the last game I was talking with the other players about terrain and something one of them said brought to mind my old "Sci-Fi Outpost" table-setting.  I've used Quonset Huts as some of the terrain for that setting.  So I figured I'd try and update those old builds with the new hotness.  :-)
So I was wrong in saying that these would always be six Studs wide and three Bricks tall, 15 feet by 9 feet in 6P scale, since I figured out a way to add one Brick level in height.  With this build we have the Curved Slope 3x1x2 w/Stud as before.  But we add in a Brick 1x3 on top of one Brick 1x2 and one Brick w/1Stud on Side, to form half of the end of the hut.  Double it up to finish the end then double those up to get the other end.  Cover it in two pieces of paper, holes punched at the corners.  Instead of using Round Tiles to hold the paper in place, we're using 1x8 Tiles at the bottom and 2x2 Tiles at the top.  This cuts four pieces out of the total.  The door is still a Window Frame 1x2x2.6 topped with a Square Tile.  That totals up to 24 pieces which is 4 Hits.  So I managed to make a larger version with the same parts total.  In 6P scale this version is 13 feet Tall by 15 feet Wide by 22.5 feet Long -- counting the doorway.
I've discovered while working on the most recent papercraft builds that Log Bricks make excellent templates for marking the spots where the holes have to go.
If you want to update the smaller version, swap out the 1x2 Bricks for a 1x4 Brick.  Along with the changes to the Tiles securing the paper, that brings the parts total down to 18 pieces which is 3 Hits.

Standard Size Comparisons.
I hope people like this continuing exploration of using paper in terrain builds.
Posted by Mantisking at 8:00 AM No comments:

Hey, first one of these in seven months!  Target has Lego advent calendars on sale at 20% off, which means the Star Wars advent calendar should be $0.10 per piece.  Mega Construx Hot Wheels sets are 10% off, this should bring all of them to or under the Golden Ratio ($0.10 per part) and should make for really good deals on the larger sets.  The Mega Construx Pokeball is on sale online for 10% off as well.
Good hunting.
Posted by Mantisking at 9:54 AM No comments:

Since I've been dipping my toes back into shipbuilding lately, let's take a look at what's out there. 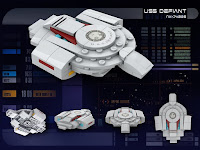 Star Trek Lego USS Defiant by Paulygons.  Looks to be
a little large for a Frigate in IO, but I think that's okay. 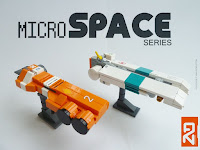 Trigreener by Toa.  Some excellent use of color here.

Radon VII by Tino Poutiainen.  Too big for IO
but it has some great ideas we could all use.
Defiant class Escort by Ky-e Bricks.  A different source
for an image and it also has instructions for purchase.
Posted by Mantisking at 7:13 AM No comments:

This was a "Free with Purchase" selection for late September purchases. 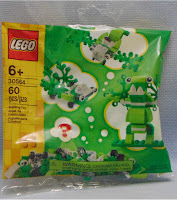 This was a "Free with Purchase" selection for late September purchases. 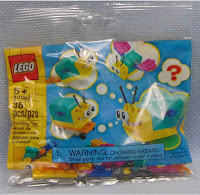 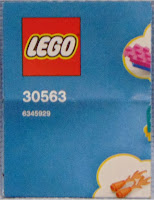 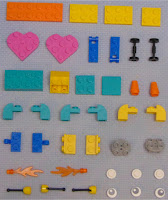 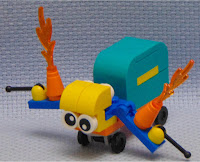