This past weekend I got together with my kung fu brothers Stevenik and Narbey for another game of MFZ.

Events of Turn 1 (DDC@11):
Stevenik seizes my unguarded Station.  I make a push towards the closer of his two Stations.

Events of Turn 3 (DDC@7):
I destroy Stevenik's tan Frame and seize the Station it's guarding.  This vaults me into the lead.  Narbey retreats a Frame back to cover his one remaining Station.


Events of Turn 4 (DDC@4):
Narbey destroys two of my Frames and takes over the lead.  I start moving a lone Frame towards Narbey's remaining Station.

Events of Turn 5 (DDC@2):
Narbey destroys another of my Frames.  I destroy Narbey's HtH Frame after Stevenik puts a big Spot on it.  I attempt to seize one of Narbey's Stations and fall short after he reinforces it with a second Frame.  Narbey ticks the Doomsday Clock down to 0 to end the game.

This is one of the "new" 2015 Kre-O Transformers sets that hasn't been released in the U.S. yet. 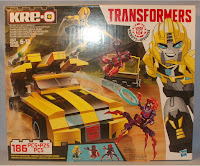 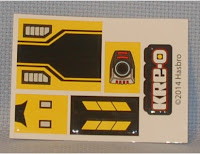 Kreons.  For once we have some interesting parts here.  A Kre-O Octagonal Bar Plate, and their version of Robot Arms are really interesting.  Along with the fact that two of the Kreons have no hands. 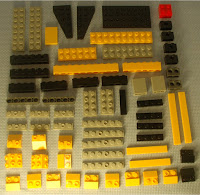 Parts 1.  Lots of Plates, Tiles, Bricks, Slopes and a couple of Wedge Plates here.  Along with a few Kre-O versions of Technic Bricks and Liftarms. 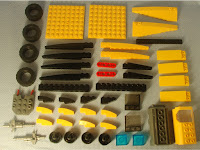 Parts 2.  Plenty of Slopes in this parts bag, along with a few more Plates, rubber Tires, Wheels, Minifig Guns, Technic Bricks & Liftarms, a Disc Launcher, and a Minifig "coffin". 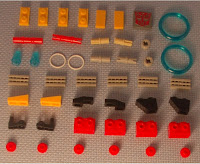 Parts 3.  Now we start seeing the small, fiddly bits we love.  Round Plates, Plates, Tiles, Grille Tiles, a variety of Slopes, 1x2 Brick w/Studs on one side, 3L & 2L Technic Pins, Technic Pin w/Axle, 1/2 Bushings, and we even have rubber bands!  The two blue rings in the upper right are the eponymous discs.

Build.  I managed to build two IO Cruisers and a Frigate from this
set.  I haven't tried to make any attachments for them but I still have plenty of leftover parts.  I could possibly make a HVA but I wouldn't have a base for it.

The Friction of Fiction

Anytime I upload a picture of a build to Flickr I struggle with writing some snappy patter to go along with it.  I'm sure other people have this problem.  We throw together a combination of parts that makes us go, oooooohh, and then find that we have no idea how it might fit into the little gaming universes we've created for ourselves.

On top of that, there's trying to create stories set in your own little corner of the MFZ Solar Calendar to deepen the sense of immersion for the players.  Fabricating these out of whole-cloth can be difficult.  Myself and the other moderators on the Hangar would like to see more posted. I can understand though how putting words down on paper might be more than what some people are interested in while playing this game.  I'd like to point out a few that have been posted on the Hangar within recent months that I really like.

Why We Wait by CmdrRook.
Posted by Mantisking at 7:03 AM No comments:

Let's finish out the week with something interesting. 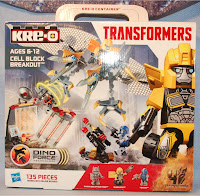 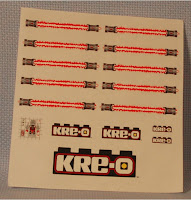 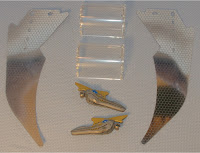 Parts 1.  I'm not sure what I'm going to do with those heads.  The mylar wings might be good for terrain, the Trans-Clear pieces too. 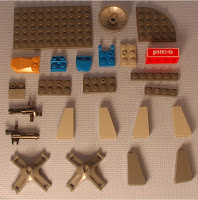 Parts 2.  Those "X" shaped pieces in the lower left have my attention. 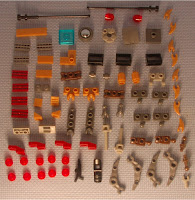 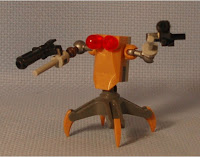 Another old set I had lying around for a while.. 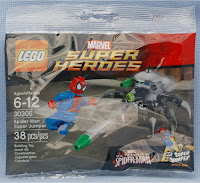 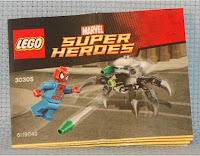 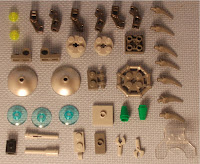 Parts.  Several Robot Arms and Large Barbs, a few Trans-Light Blue Radar Dishes, and no more than two of everything else.  The Trans-Clear part in the lower right is the Super-Jumper.  It's meant to fling a minifig.  I'm not sure I can find a use for it.  Other wise, not too bad. 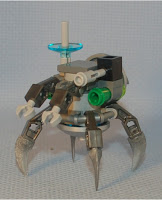 Posted by Mantisking at 6:58 AM No comments:

Time for a new installment of neat stuff to have on your game table! 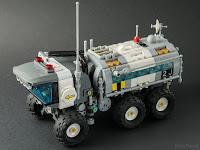 Lego 6927 All Terrain Vehicle by Billyburg.  This looks like it could be 6P
or 7P scale.  It's pretty greebly and has some nice techniques for the chassis.

Mobile Drilling Unit - Blip Operator by Peter Reid.  This would be great sitting
in the middle of a Sci-Fi mine battle zone.  It's tall enough to act as cover too.

Tokamak Reactor by c0d3monk33.  How did I miss this?
Built specifically for MFZ so you know it's to scale.  Awesome. 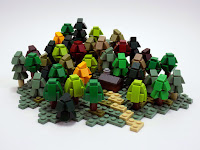 Wilderness Cabin by cmaddison.  Those trees are fantastic.  If you want
your mecha to be towering monsters, then this is the perfect scale for you.

Lego Blade Runner Spinner by _tiler.  Blade Runner, a seminal
science fiction film, and this is the signature vehicle from that film.
Posted by Mantisking at 6:58 AM No comments:

I finally dug this out of my "To Be Reviewed" pile. 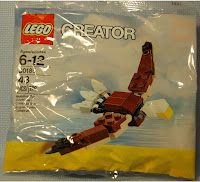 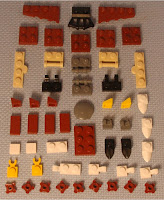 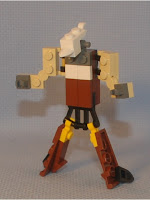 Build. A Frame of some sort, no attachments though.

Walmart has joined Target in the Clearance Crazy Zone.  I saw the following sets on Clearance at one of my local Walmarts.

That;s just a smattering of the sets I saw marked down.  Good hunting!

I'd been eyeing this set ever since it hit the shelf.  I finally got a coupon that lowered the Price per Piece to an acceptable level.  I thought it had some interesting pieces, let's find out. 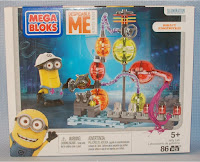 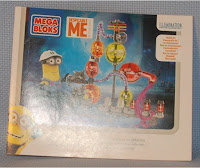 Minion.  The arms and legs end in ball joints.

Parts 1.  We have an oddly layered and
angled Plate, two translucent Hoses, a
number of translucent Disks, Round Bricks,
Round Plates, and a Cone, plus a number
of other pieces designed to plug into those
Hoses.  And let's not forget the Antenna.

Parts 2.  A number of translucent Half-Spheres in different sizes, a bunch of Double Female-sided 1x2 Plates, some 1x2 Slope Bricks w/Internal Bar, more translucent Disks and 1x1 Round Bricks, a  translucent Connector of some sort, and a bunch of Bar Connectors.

Build. It's a Station. I didn't use all of
the half-spheres, just the red ones. It may
be a little tall but it doesn't go much outside
the 4 stud x 4 stud limitations.