It's been a while since I've done one of these.  Let's give it a shot.  I've already covered the movie sets elsewhere, and the Mixels should be obvious. Let's take a moment to look at some of the other new sets.

10667 Juniors Construction.  160 parts for $14.99.  Plenty of fiddly bits and plenty of color.  The only minuses are the mono-body vehicle piece and the minifig.

70161 Tremor Track Infiltration.  241 parts for $19.99.  I've always liked the Agents line.  This set is a tad monochromatic, but Tan and Dark tan can be interesting colors to work with.

70141 Vardy's Ice Vulture Glider.  217 parts for $19.99.  This set is similar in color to the one above.  It does have Translucent Light Blue pieces to make things interesting though.

Let's try to end out the month strong.

nayk by Bezor-1.  Kinda spindly, and it requires some modding,
but it looks different than most mech designs out there.

Red Anansi by Toto Hermanto.  Yeah, way to big for the nominal
MFZ scale, but the use of color and presentation is great. 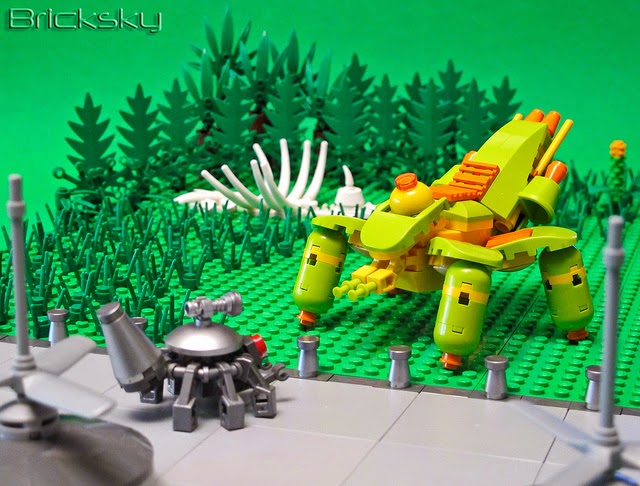 Think Tanks - East vs. West by Bricksky.  An interesting
look at color and size to differentiate two similar builds.

Drones by Sean Sikula.  Slap a couple of these on a base
and you'd have a decent Dispersed Systems Frame.

DL-53 "Adamant" by LowestFormOf Wit.  LFOW comes
storming back with this excellent little number.
Posted by Mantisking at 6:47 AM No comments:

Of course, Dark Clouds has already done a review of this.  :-)  Mine might turn out a little different. 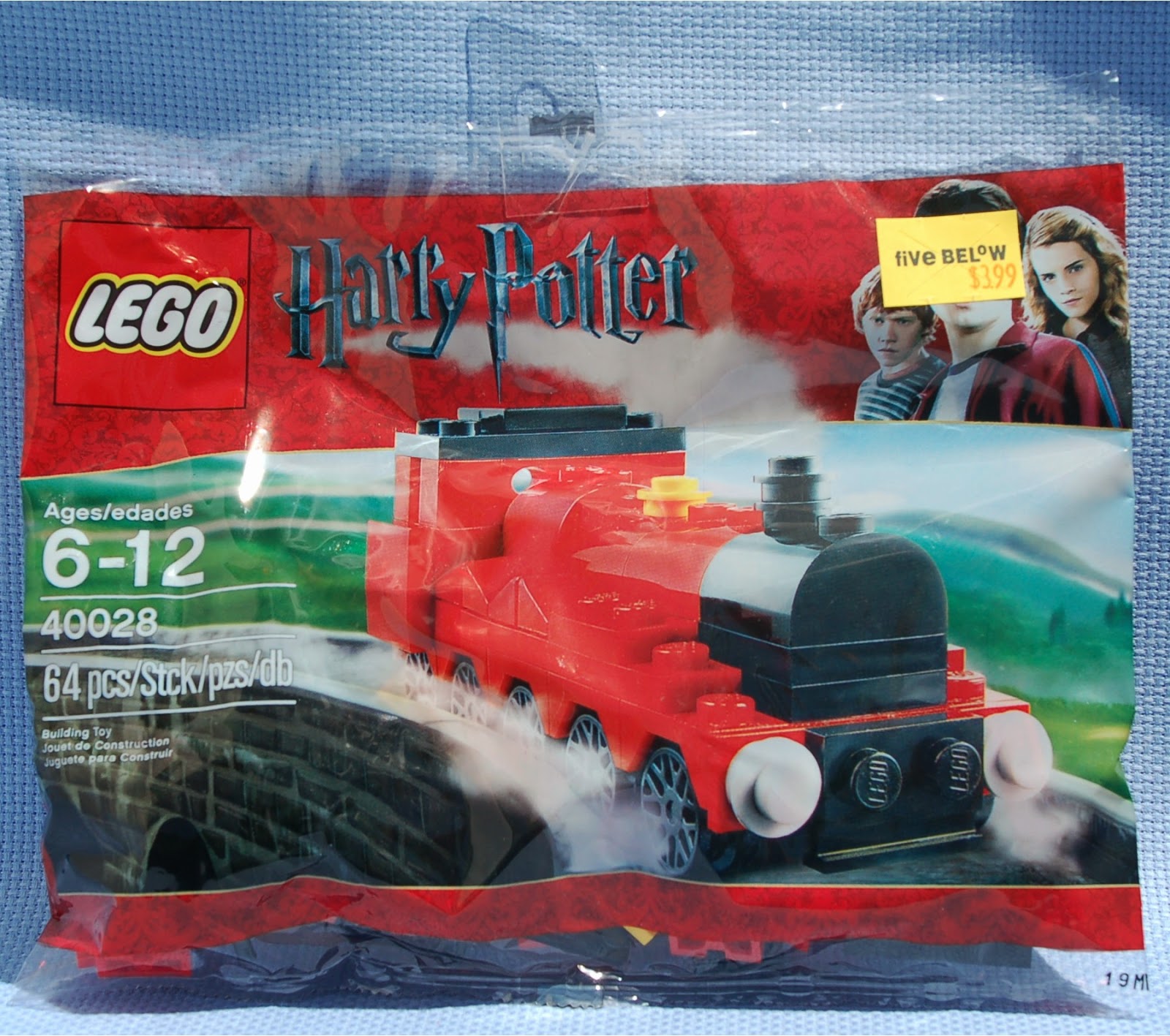 Parts 1.  Those 2x2 Rounded Slope bricks are pretty interesting, as are the 1x2 Bricks w/Groove.  I also like the 1x2 w/2 Holes. 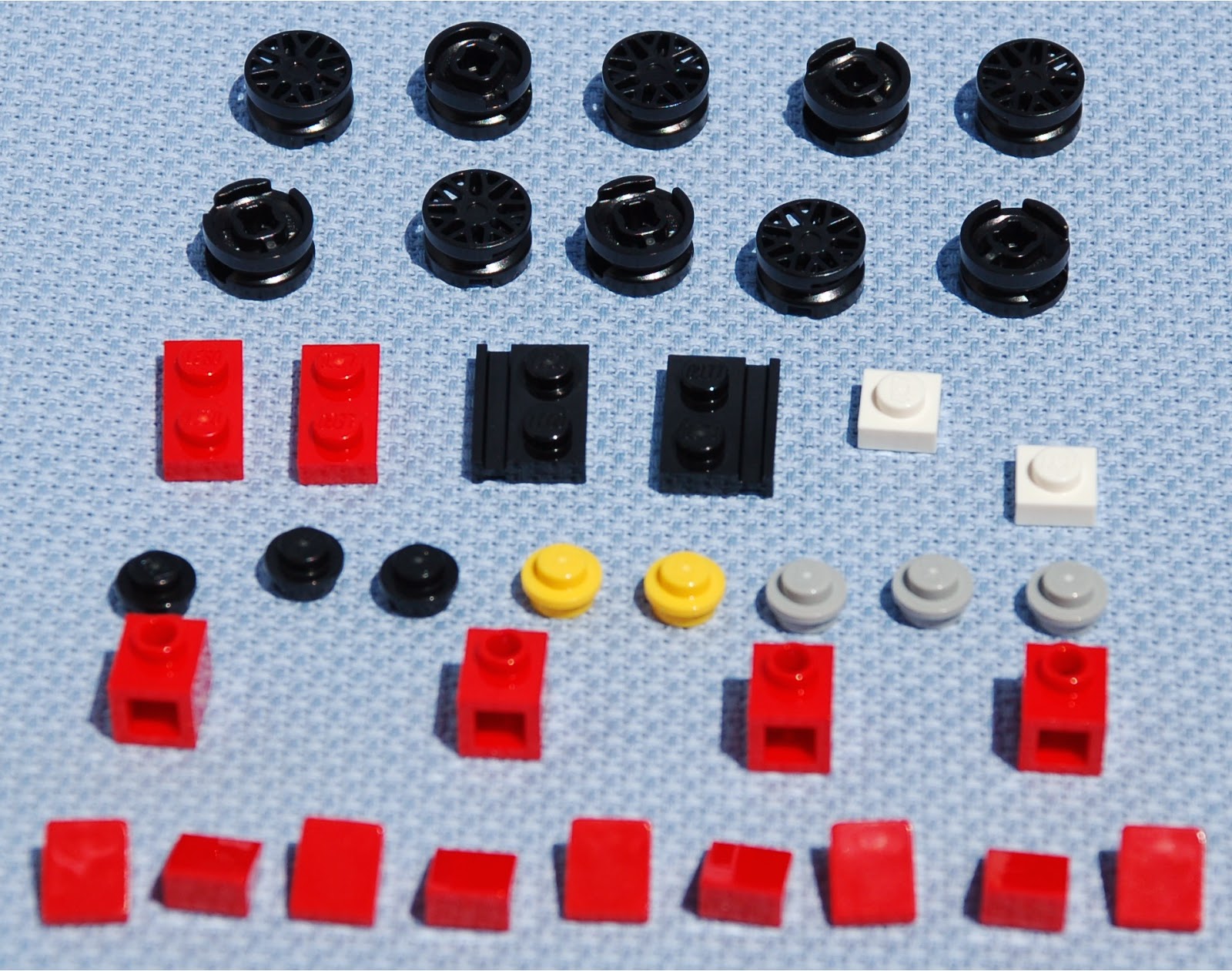 Parts 2.  Four new headlight bricks and a bunch of cheese slopes
catch my eye.  I'm never averse to 1x1 round plates either.


Mecha 1.  Copping a bit of darksyntax's style on this one.  I originally thought I wasn't going to be able to make anything using this set but switching up styles helped with that.  Stats: 2Rd+d8 (side guns)/ 1B (armored legs)/ 1Y (cyclops eye) /2W.

Once again, beaten to the punch by Dark Cloud Blogs.  :-) 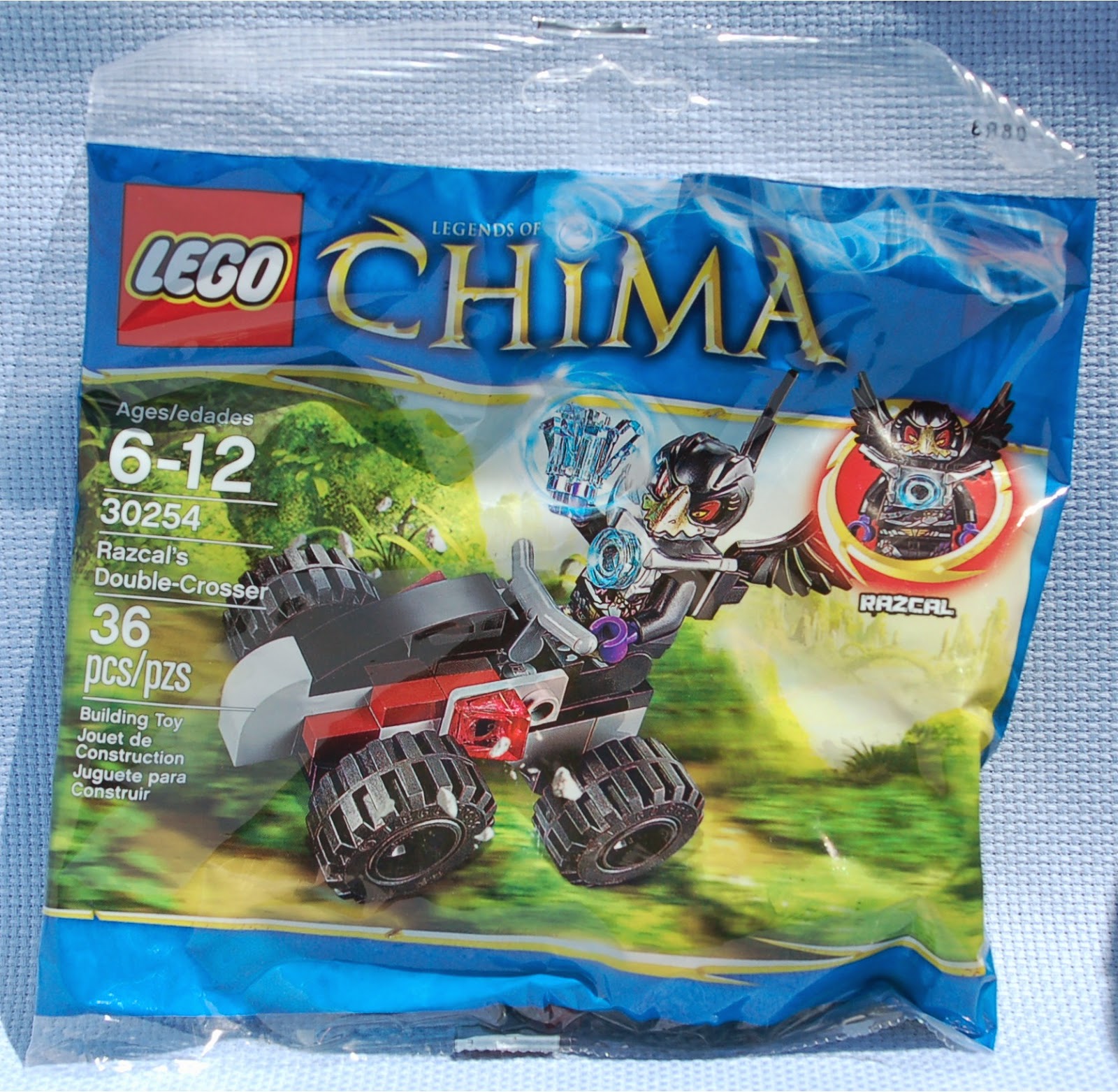 Parts.  Wow, that is a whole lotta nothin'.  The half brackets are good, jumpers always come in handy, and you can never have too many clip plates.  I'm not a real big fan of wheels though.

Here's a review of one of the newer polybag sets. 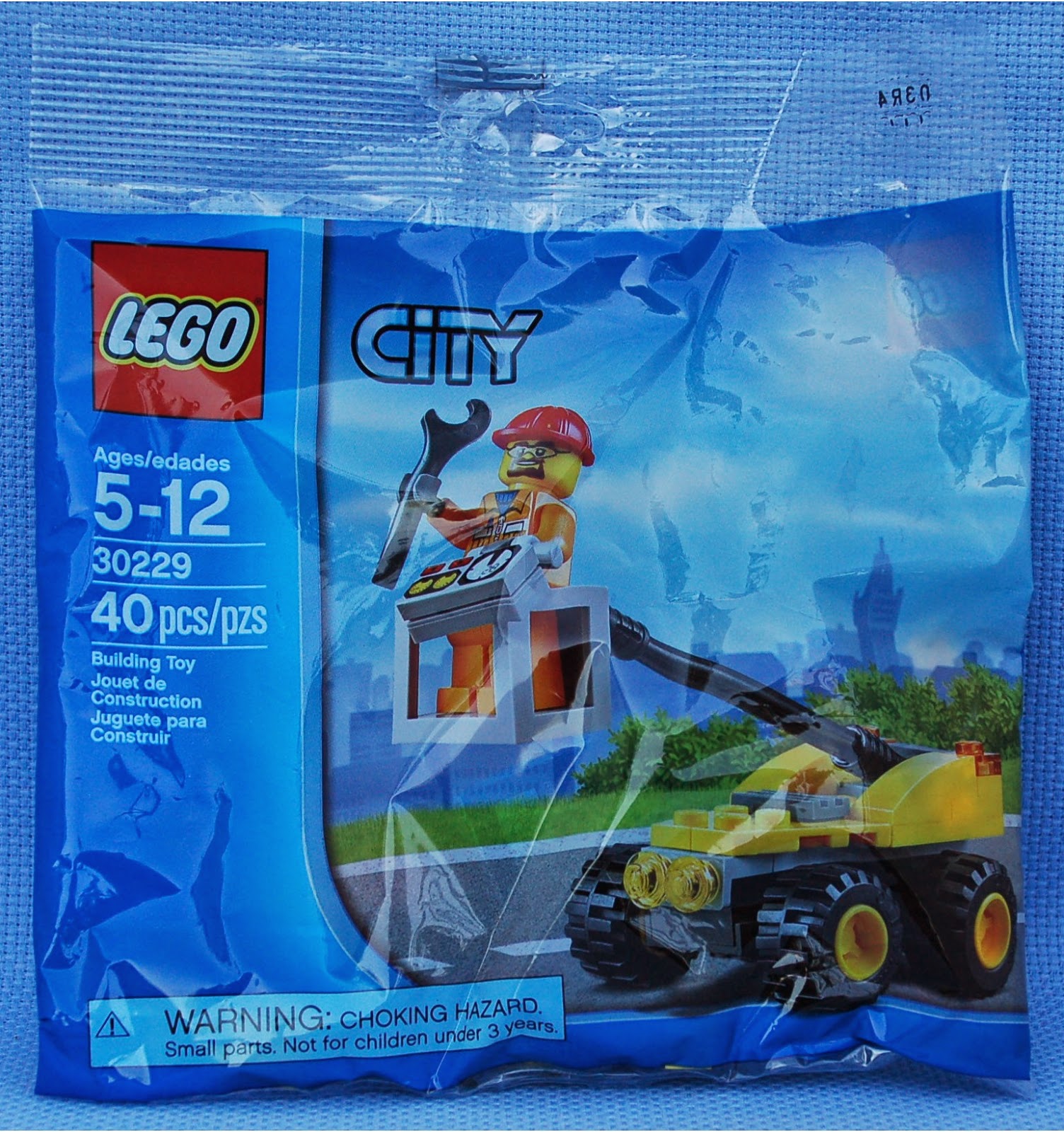 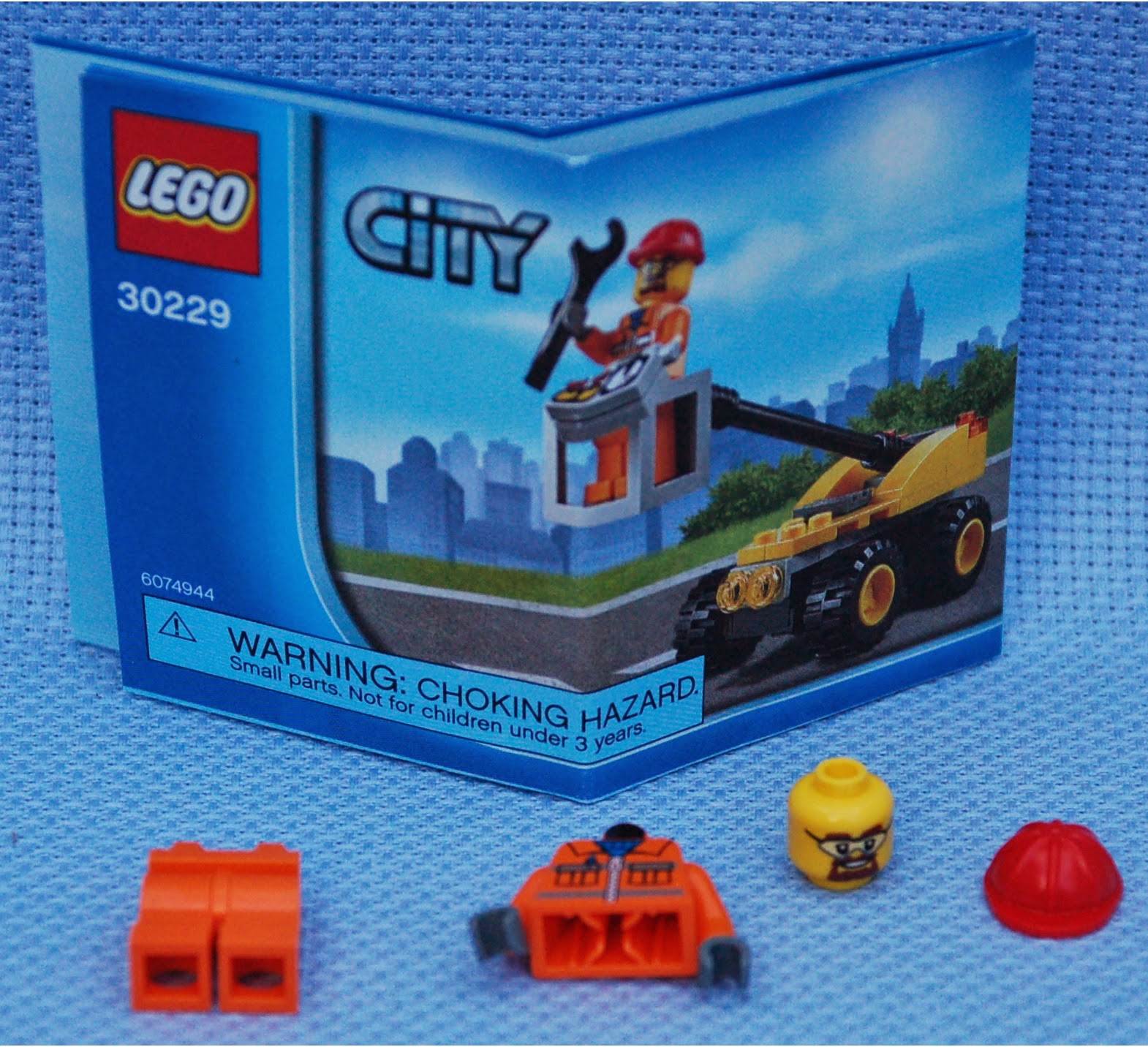 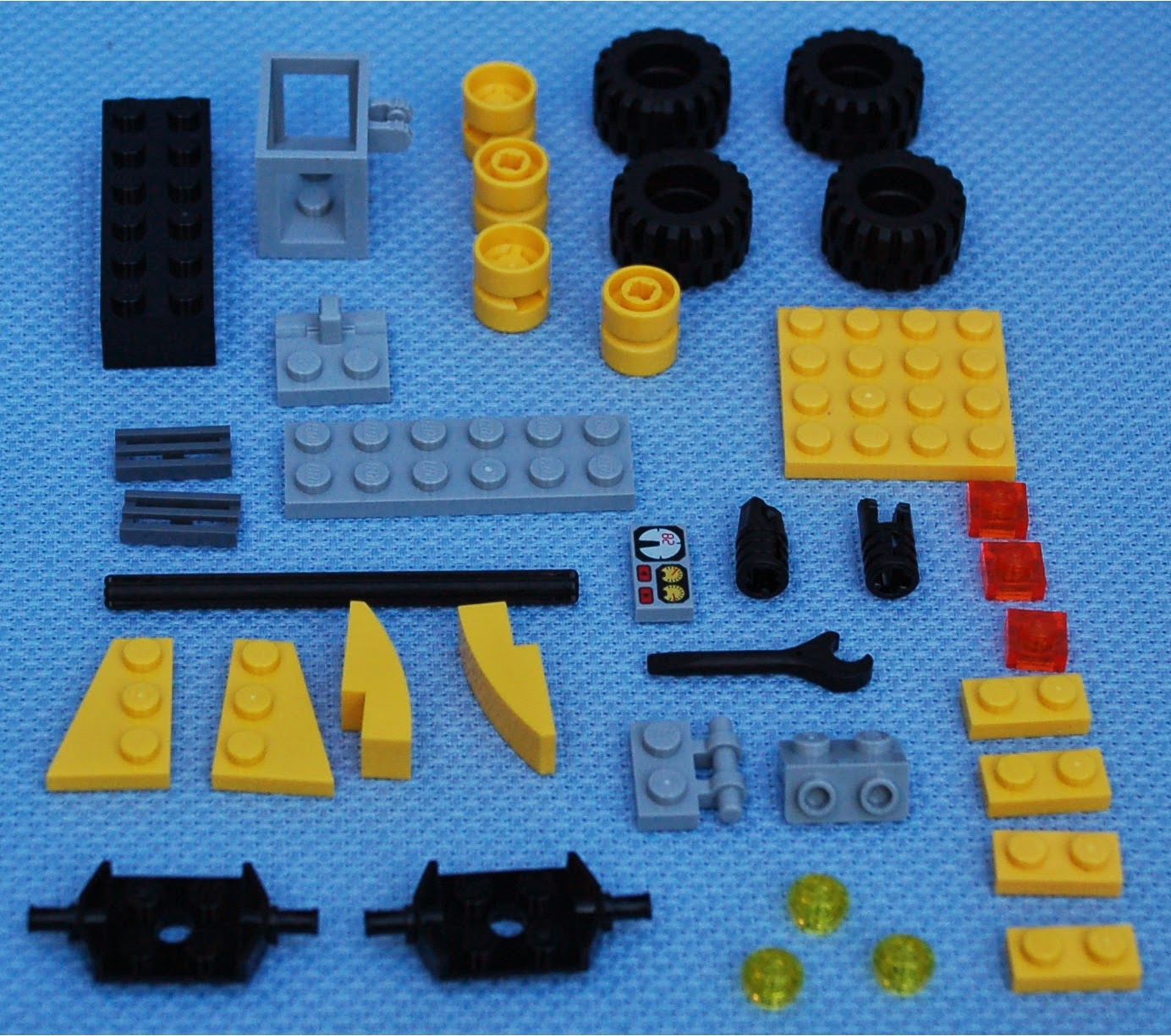 Parts.  In general, I don't like wheels.  I have built a few wheeled vehicles before but I don't go looking for them.  Hinge parts are always good.  I like the 1x2 Plate w/Bar (open ends) and the 1x2x1x2 bracket.  I'm not so sure about that lift bucket though.


The Questions:Can you build a frame, or frames, right away?  Yes.  (+5)
Is it below, at, or above the golden ratio?  At.  (0) (The Golden Ratio is $0.10 per part.)
If you can't build a frame right away, or choose not to, does it have parts you should be able to put into use right away?  Yes.  (+5)
Does it have more than a handful of immediately useful parts?  No.  (-5)
Score: B+ (+5).  I really like the Self-Propelled Gun design I came up with.  It's not too far off the base design of the set and a bunch of these could make for a fun squad.  The only problem is you're going to be stuck with a minifig afterwards.
Posted by Mantisking at 6:46 AM No comments:

The Clearance sale at Toys'R'Us that I mentioned a while back will be ending on the 2nd of August.  "Brown" tagged items are currently at 70% off so you can snag some serious deals before this goes away.

Target is currently running its Summer Clearance sale.  You can find items at 30% off and 50% off.  If you want them, buy them, because they will not be there later.  I know this because I made that mistake.  Considering a lot of stores started with items at 50% off it may not last long.

Kmart is also running a sale of 75% off Clearance items.  I do not know how long it will last.
Posted by Mantisking at 6:44 AM No comments:

Eduty has been a member of the MFZ community for a while.  He works primarily in LDD, but has bricked up a fair amount of his designs.

OMF-G1.  He had a number of designs before this.  This, however, is the start of the OMF numbering and the beginning of his evolution.  From there he progresses rapidly.

OMNI Line-Up.  As you can see he's already
hit 22 variations by the time of this picture.

OMF-G26 S1 Annie.  This is the next important milestone.  This is where he starts listing the PaB costs for each of his designs.

OMF-G31 Trinity.  If you think all he does is bipedal mecha, guess again.

Check out his photostream.  You will not be disappointed.
Posted by Mantisking at 6:53 AM 1 comment:

I stumbled across the instructions for Baseframe_2 in one of my random skims through Flickr streams looking for interesting mecha.  I thought the upper torso design by m_o_n_k_e_y would make for a good main torso for a mech.


Now all I had to do is come up with arms and legs to finish the design.

For the arms I went with a combination of techniques from Vincent Baker and Zizy.


The legs are an experiment with the new Mixel ball joints.

I'm probably going to keep experimenting with leg designs.  I'm not quite happy with this iteration.  I'm also going to work on getting the color scheme a little more unified.
Posted by Mantisking at 6:46 AM No comments:

Here's a few non-human mech designs to brighten up your day. 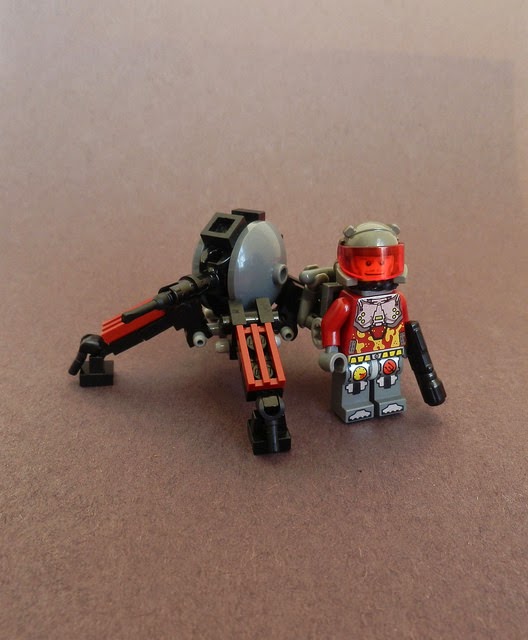 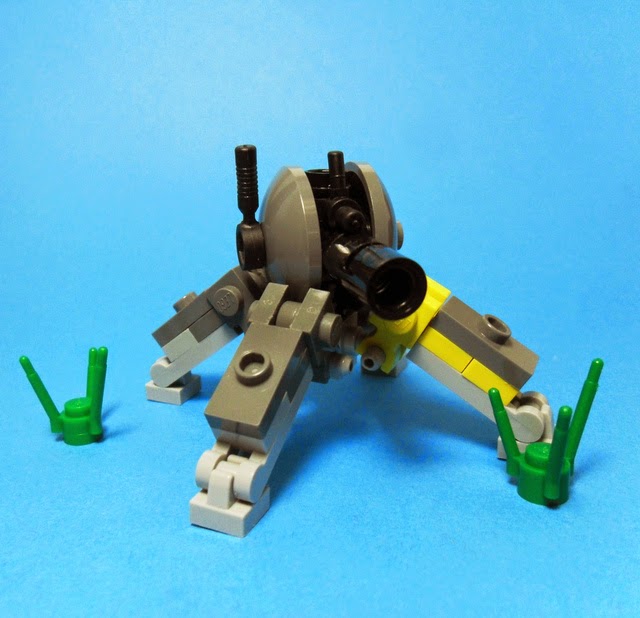 Chasm Riot Control by {Stride.  And
this is the one that inspired it. 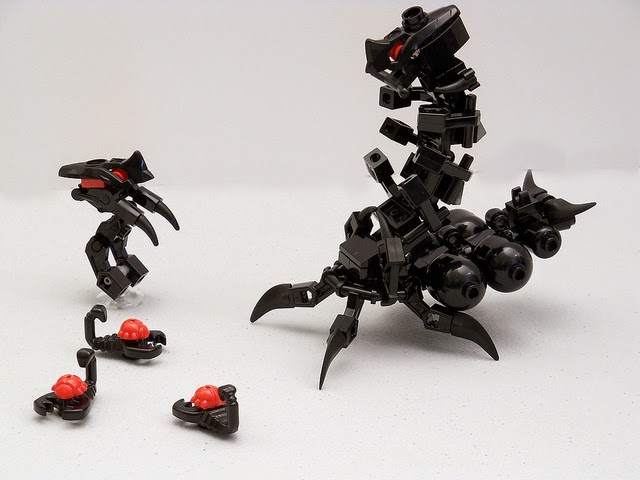 Alien Cottage by lisqr.  This one is just fantastic.

BattleCrabBot by Groovybones.  The Brickarms minigun
might be hard for some people to get, but, other than
that, this would look great stomping around a table.

Daemon Inferno Mechanika by Ironweasel.  Ironweasel strikes again! The flame pieces in the head and tail might be a bit fiddly for game play, but a pack of these would look real nice on the table.
Posted by Mantisking at 6:48 AM 1 comment:

There's been a bit of discussion lately, on some of the different sites I frequent, about a handful of new mecha anime series.  I figured I'd share them with you as I haven't been watching much in the way of Giant Robot/Real Robot anime recently.

The first is Aldnoah.Zero.  The plot is that history diverged in 1972 and we settled Mars.  That settlement eventually became the Vers Empire which declared war on Earth.  In 1999 a ceasefire was declared.  At the start of the show the Vers Empire has started attacking Earth again.  It's available on Hulu, Crunchyroll, etc.

The second is Argevollen.  This one features a long running war between two countries and a new super mecha.  It's available on Crunchyroll.  I watched most of the first episode and the mecha designs look pretty neat.

The last is Knights of Sidonia.  It's set in the far future where the ship Sidonia may carry the last remnants of the human race.  Giant mecha, called Guardians, defend humanity from the Gauna, a gigantic, alien, shapeshifting race.  It is only on Netflix.

I hope you enjoy these shows.
Posted by Mantisking at 6:54 AM No comments:

Email ThisBlogThis!Share to TwitterShare to FacebookShare to Pinterest
Labels: Inspiration

The emphasis in MFZ lately has been on Intercept Orbit.  This leads me to my latest Spotlight post.  I came across these while looking through Flickr. 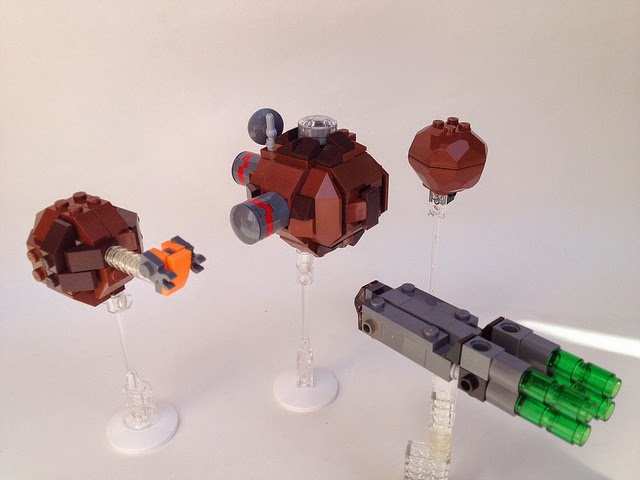 Supply Run is the first thing that caught my
eye.  The brick-built asteroids are great. 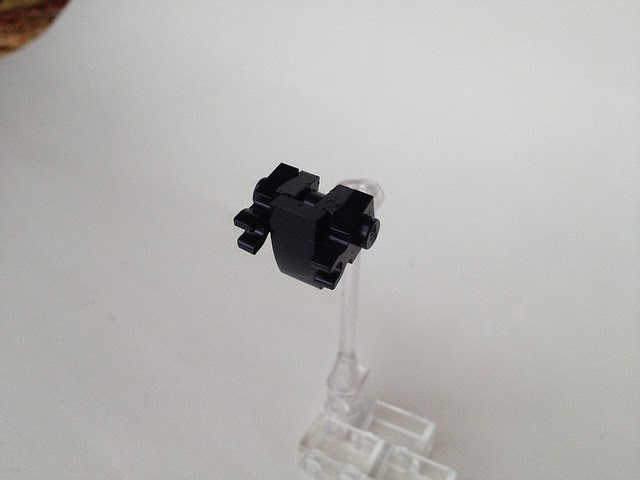 The Type 77 Salvage Drone would make a great
microscale frame for an IO Frame Company. 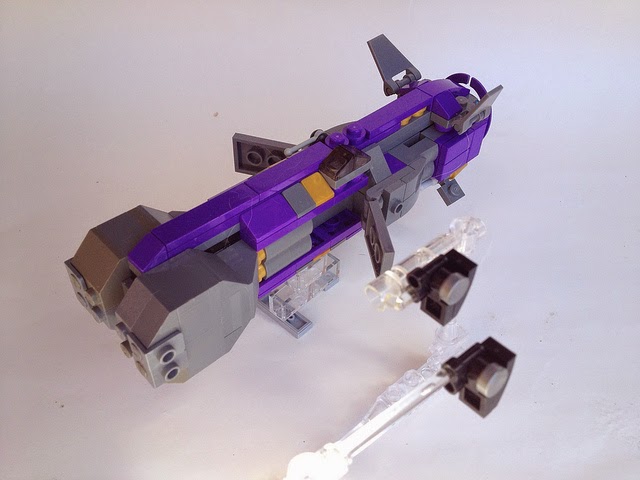 The DDC Ningyo looks to be about four studs too long, but you
might be able to cut it down to fit under the IO size limits. 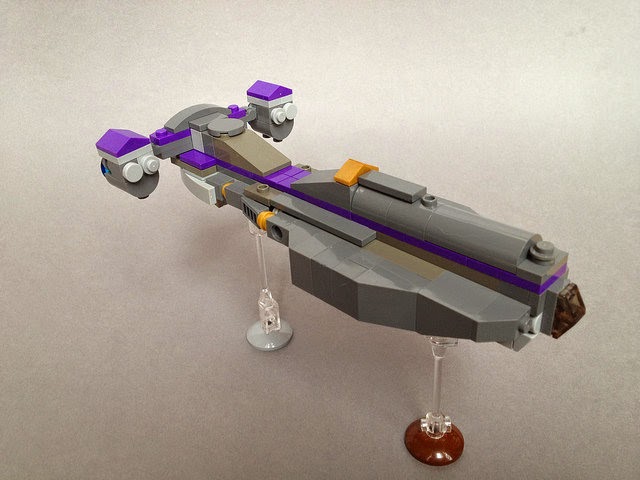 The ISS Chiharu is also too long, but you should be
able to cut it down to fit under the IO size limits.


And there's lots more to see in his Flickr stream.  Hopefully this will inspire you in your Intercept Orbit builds.
Posted by Mantisking at 6:53 AM No comments:

On Sunday, June 29th, 2014, four people once again gathered together to wage interstellar war.  Grafvonbarnez, Tom, Stevenik, and myself returned to The Whiz to inflict great hurt on each other via little Lego spaceships.

Unfortunately I forgot to take pictures of our starting positions.

Events of Turn 3 (DDC @ 3):
Stevenik uses Grafvonbarnez's frigate to ram Grafvonbarnez's carrier -- which is under my control.  He one-shots it, rams it to death, and my frame company hops on to the frigate in response.  All this to prevent my frame company from refueling and relaunching.  This was the most thought out and debated move of the game.  A bunch of other things happened but they just weren't as interesting.  :-)  Then the clock was ticked down to end the game.

Posted by Mantisking at 7:20 AM No comments:

The Battle for June: Wrap-Up

June is over and it's time to announce the winners of our first contest on the Mobile Frame Hangar forums.

We have a tie!  Red Robot and Scrape will both receive a small Pick-A-Brick cup filled with Travis Bricks.

Remember, if you want to get in on the next one, become a member over at the Hangar!
Posted by Mantisking at 6:49 AM No comments: