Honestly, I bought this to get one piece I needed.  The Brick Headz line is good for making starships though, so let's see how well this one reviews. 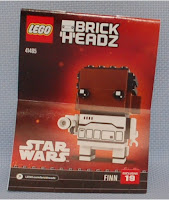 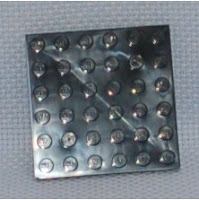 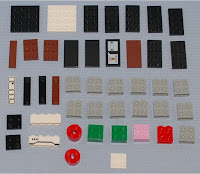 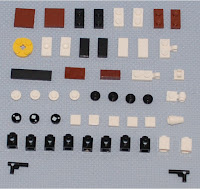 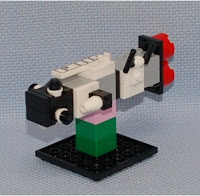 I visited my local Lego Discovery Center this past Friday night, mainly because I don't have anything better to do on Friday nights and, because my Lego bargain hunter senses were going off.  I originally called this out as having sixty pieces.  I was off by just a bit. 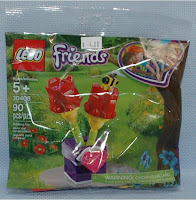 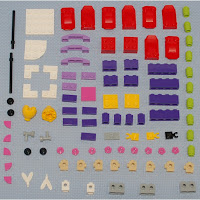 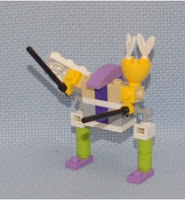 I must thank Mantis King for allowing me to another of these. These reviews are really fun to do and I hope they can help people sort out sets available in Europe.

While searching for new parts I stumbled upon a toy sale at a local Minipreço store (they are common in Portugal, where I live). I found a couple of boxed sets made in China by Sluban at a discount of 50%, so I got them for around 5€ - 316 parts in total. This would put each part at around 0.02 Euros or less - a true bargain. Were they at full price they would still be at 0.03 or 0.04 Euros per part, which is nothing to sneeze at.

The first of these sets is a white car, with 152 parts inside the
box. These are mostly white, with some red and black.

There is a set of instructions. 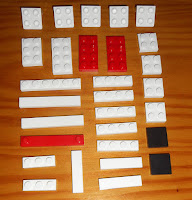 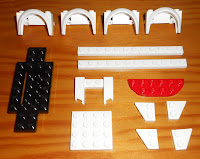 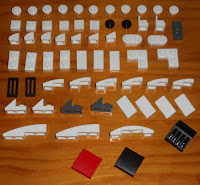 Slopes and tiles of several shapes and sizes. This
set is really diverse regarding the parts it offers.

I’ve built two IO ships. One frigate
with two support weapons systems
and a sensor array in the front, and
one carrier with two underslung
catapults, a radar and a point
defense system.

Questions:
Can you build something -- a frame, station, or starship -- right away?  Yes.  (+5)
Is it below, at, or above the golden ratio?  Below.  (+5)  (The Golden Ratio is $0.10 per part.)
If you can't build a frame right away, or choose not to, does it have parts you should be able to put into use right away?  Yes.  (+5)
Does it have more than a handful of immediately useful parts?  Yes.  (+5)
Score: +20 (A+).  This set is really solid, and you can get two ships or a small Frame company at a very low price. The parts do fit together tightly, but one should be warned that there can be at least one defective part per box.
Posted by Mantisking at 7:21 AM No comments: 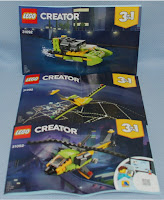 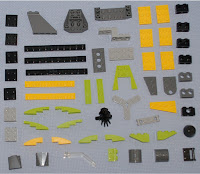 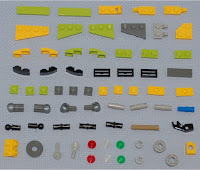 Target is running a 20% off on select Superheroes, Friends, City, and Duplo sets sale this week.  The Friends set shown in the ad will be a real deal if it's one of the ones on sale.  The Aquaman set is just affordable though.

Good hunting.
Posted by Mantisking at 10:32 AM No comments:

I found this in Target this weekend, just randomly sitting on a shelf. 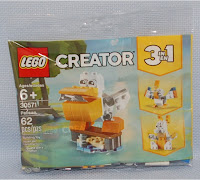 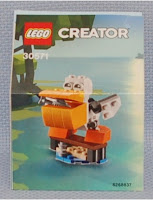 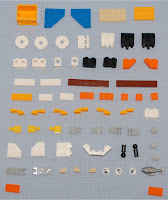 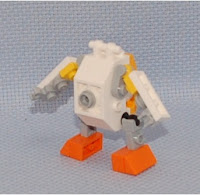 
Build.  A little bit of a throwback here.

A Creator set first released in 2018 that I bought recently. 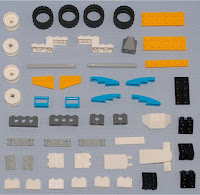 Parts 1.  This was loose in the box.  It
could be the keel for an IO Cruiser.

Build.  I finally made an IO Cruiser.

This is a "Bonus with Purchase" promotional set for Chinese New Year. 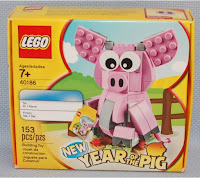 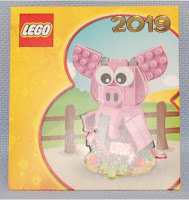 Parts 1.  Plates, Slopes, Round
Plates, Bricks, Modified
Bricks, a Tile, and a Bracket. 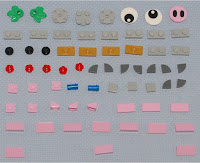 A member of the MFZ community, Francisco Duarte, recently approached me about doing a guest review of a clone brick set he had found in Europe.  I try to be open to new experiences, so I said yes.  I hope you all enjoy it.  All text and pictures below this point are by him.

Found this set while looking for interesting sets to get new parts. This was made by Anadel, apparently a Spanish company that makes Lego-compatible bricks. It cost me 4.90€ for 62 parts, including minifig, which makes 0.08€ per part, placing it under the golden ratio. 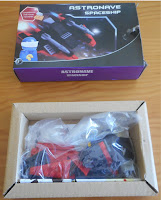 Sorry for the chink in the box, I didn’t
notice the tape when I was inspecting it.
The contents come really neatly packaged.

The instructions, with the few words
on it in both English and Spanish. 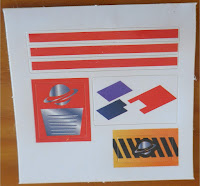 These two 4x4 plates were in the bag. 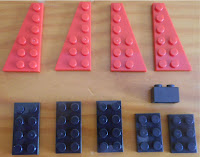 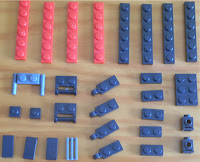 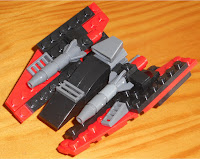 I gave a go to the build in the box, and it works
wonderfully as an IO frigate (my first one).  I’d
give it a support weapons system for the missiles
and two defense systems for the lateral plates.