It's a Wednesday in a short week.  Filler post! 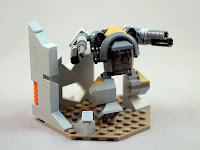 Gold Storms by Apocalust.  This is a neat little build.
I'm stealing that arm design for one of my builds. 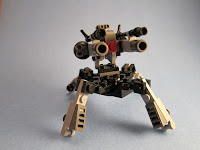 IMG_0727 by BobMFZ.  There are some
interesting design choices with this one. 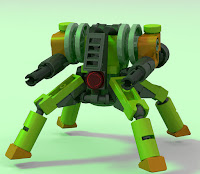 Microscale Mech by _bidlopavidlo_.  Render.
I like this one, I may try to build a copy. 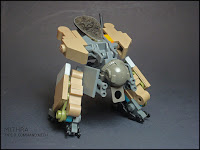 MITHRA by Javan McClung.  This is a complex beast.


Espionage Crawler-Insustrial Class by brickguy190.  Simple, but it has
a lot of room for modification.  The owner has disabled downloads.

This was purchased at Toys'R'Us early last year. 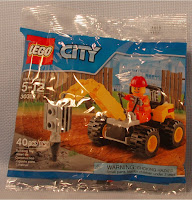 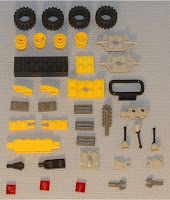 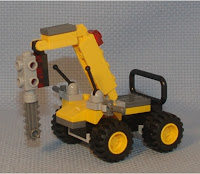 I stopped by my local Lego store the other day and grabbed a new catalog.

31049 Twin Spin Helicopter.  326 Pieces for $29.99.  Less pieces than the Star Wars set but no minifigs to discard.  Plenty of neat pieces and multiple color selections.

Here's a quick review for the middle of the week. 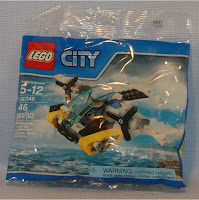 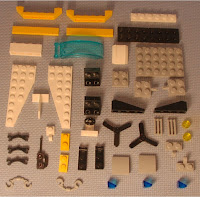 Parts.  A wide range of pieces but not a high quantity of any one single part.  Plenty of Slopes and Plates, some Clip Plates, a couple of Bar Plates, some Robot Arms, a few Tiles, Minifig Handcuffs, a Minifig Radio, and a couple of other pieces.

It's the third week in a row for a decent Lego sale at Toys'R'Us.  Whodathunkit?

They're featuring selected Star Wars at 20% off.  Rey's Speeder and the 1st Order Snowspeeder jump immediately to mind as good deals.  20% off Classic sets.  The Classic Creative sets are already good deals, this should make them almost irresistible.  And then there is 40% off select Lego sets.  Good hunting.
Posted by Mantisking at 7:07 AM No comments:

After a discussion recently about entry costs to MFZ, I decided to revisit my T.U.R.D. Bot design and see how much it would cost to build the core via Lego Pick-A-Brick.  Here's the original post for reference.  I've built a lot of these since that post, it has also been named by Joel Raynor on the MFZ Facebook page.  As you can see, each one is slightly different. 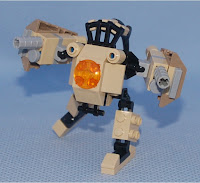 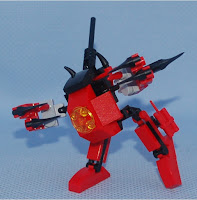 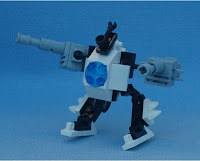 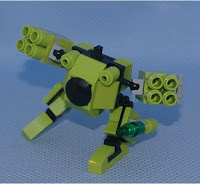 So that gives us a base price of $5.25 for each "torso".  You're on your own for Attachments as they can take so many different forms.

I hope you try to build a few and have as much fun as I have.
Posted by Mantisking at 6:47 AM No comments:

Don't you just love that name? 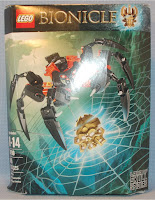 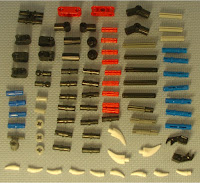 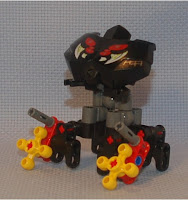 Battle Report: Another Battle for June

Only three of us got together to game this time.  We were at the Whiz in Westborogh, MA again on June 12th.  I managed to keep pretty decent notes this time around, but I still missed a few things.

Here are the pictures from the start of the game.

Events of Turn 1 (DDC@11): Since I was forced to act first by virtue of being last, I made a push for A Team's unguarded Station.  My Red frame hit A Team's Yellow frame for 3 damage.  Her Lime frame hits my Brown frame for 1.  Occam's Spork's Shoot & Scoot frame hits my Blue frame for 1, his Recon by Fire frame hits it for 3.

Events of Turn 3 (DDC@7): Occam's Spork's Melee Sprinter frame hits A Team's Purple frame for 1.  He also seizes her other Station.  In my push to grab Stations I left one of mine unguarded.  A Team seizes it.

Events of Turn 5 (DDC@1): Occam's Spork's Melee Sprinter moves off A Team's Station to engage my Pink frame.  It does no damage and I leap over it to seize the now unguarded Station.  Occam's Spork's Shoot & Scoot frame destroys my Purple frame allowing him to take my Station.  He then moves it out to engage A Team's Orange frame which then leapfrogs over the Shoot & Scoot frame, shoots it for 3 damage, and seizes the Station.  My Brown frame hits A Team's Lime frame for 1 in a last ditch attempt to lower her score.  The Doomsday Clock ticks down to zero.

Lego is marking down a number of sets that are pretty decent for MFZ.  Here's a list of what I saw and found interesting in my local store.

There are probably more on the Lego website, so check that out too.

Target has a $10 off $50 coupon for a Lego City, Superheroes, or Friends purchase.

Toys'R'Us is doing a 2 for $20 for all "Toys to Life" single figure sets.  I'm not sure how this impacts Lego Dimensions sets.  They are also doing 20% off all Speed Champions sets.

Good hunting.
Posted by Mantisking at 9:42 AM No comments:

Taking a break from the Series 7 Mixels for the moment let's take a look at a recent polybag. 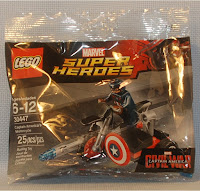 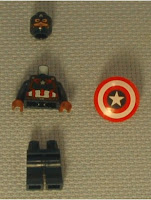 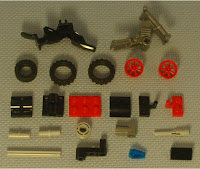 
Parts.  There's a couple of the Mod. Plate w/Arm Up, a Cone, a 1x2 Cheese Slope, some Technic bits, Wheels and Rims, and then there's the Motorcycle Frame and Cover.

Havetsby Vehicles by Johŋ.  These are some really neat microscale vehicles.

Radow Blesk by Vinny Turbo.  Who doesn't like sportscars?

Comarca Cargo by Pierre E. Fieschi.  These would
add some real character to any gaming table.

Microfigs Vehicles by Robiwan Kenobi.  These
are awesome and quite obviously 6P scale. 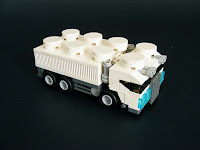 Wheels of Plastic by Cole Blaq.  This looks fantastic but wouldn't stand up to table use.  It also looks like it would absorb more than five hits and be way too dense as terrain.  It has some interesting techniques though.
Posted by Mantisking at 7:10 AM No comments:

Starcraft Marine by Tim Schwalfenberg.  Technically
not a mech, but still awesome looking. 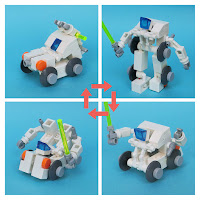 LEGO: Micro Transform Robot by Umamen.
This is a really well done build.

MD-08 by ferrelferret.  Big shoulders and a giant shield.  I like it!  Built for MFZ but no picture downloads. 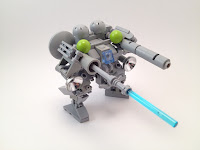 Mini Mech 1 by Bers Bers.  This is a neat build, full of interesting greebles. 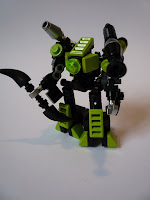 Miner 2 by Joe Murphy.  This is a fairly old
picture but, I really like the looks of this one.

Posted by Mantisking at 7:10 AM No comments:

Toys'R'Us is running a 20% off sale on Jurassic World and Minecraft Lego sets.  It looks like they really jacked up the prices on the Jurassic World sets.  Somebody remind me to check next week when the sales is over.

Target is running a 20% off sale on TMNT Mega Bloks sets.  I can't find a better link because Target's website looks to be optimized for smartphones.
Posted by Mantisking at 9:44 AM No comments:

The second of the Mixies tribe and the 2/3 mark for this series. 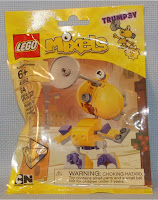 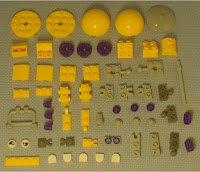 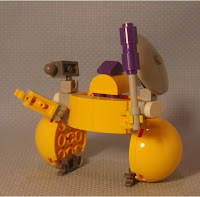