This was the fourth month in a row for the Usual Suspects which ties the longest streak we've had.  This was a four player battle with a new rule being tried out.

Events of Turn 1 (DDC @ 11): Stevenik captures both of my Stations before the game starts, all according to plan.  He then captures the neutral Station but loses a Frame in the process.

Here's a couple of aftermath pictures. 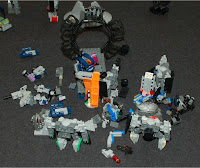 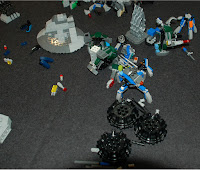 Posted by Mantisking at 7:27 AM