On Sunday, July 27th, 2014, two of the usual suspects returned to The Whiz.  Tom and myself were joined by Tom's Sister for another day of Lego spaceship carnage.  This time around we had decided to Play Intercept Orbit without using Frame Companies.

Here are pictures of the game at start up.  My ships are the clump in the center.  Tom's are arrayed to the right in the picture above.  Tom's Sister has her ships on the left.  I had a reason for setting up like that and it will be revealed at the end of the battle report. 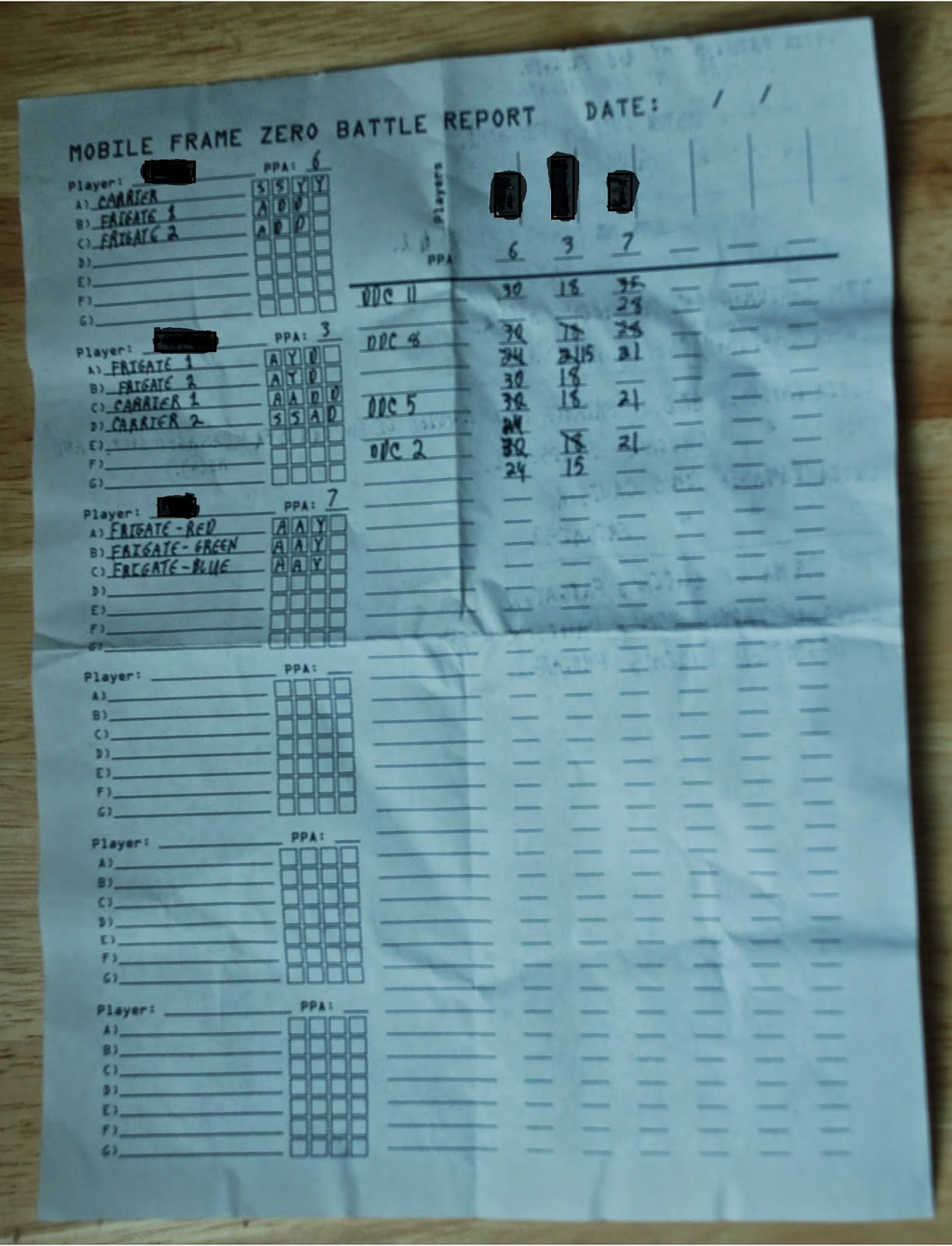 
This is the log sheet that Tom created to keep
track of everything that happens in the game.