Blorf and MRaichelson were in Massachusetts for assorted reasons and managed to meet up with some of the usual suspects at the Hobby Bunker in Malden, MA for a game of Mobile Frame Zero: Rapid Attack.  These are the results.


Events of Turn 1 (DDC@11):
A lot of posturing and movement by all players.  I attacked MRaichelson, Blorf attacked MRaichelson, and Tom attacked Blorf.  No frames were destroyed but several were damaged.  One of my frames was reduced to just white dice after a strike from Blorf's HtH specialist frame.

Events of Turn 2 (DDC@9):
The heat was turned up in this round as MRaichelson lost a frame and a station to me.  I then lost one of my frames.  Blorf and Tom also jockeyed for position.

Events of Turn 3 (DDC@6):
This is when the balance finally tipped and all hell broke loose.  MRaichelson reclaimed his station but lost a frame.  I lost another frame as well.  Tom and Blorf began to consolidate their forces towards their side of the table

Events of Turn 4 (DDC@3):
Things went from bad to worse.  I lost another frame but captured one of MRaichelson's stations.  MRaichelson also lost another station to Tom.  On top of that he lost two frames.  Tom and Blorf got into a dust-up over Blorf's stations but no frames were lost over them.  Blorf clicked the DDC down to 1 and I decided to click it down to 0 because I couldn't see a quick way to win and we were running out of time. 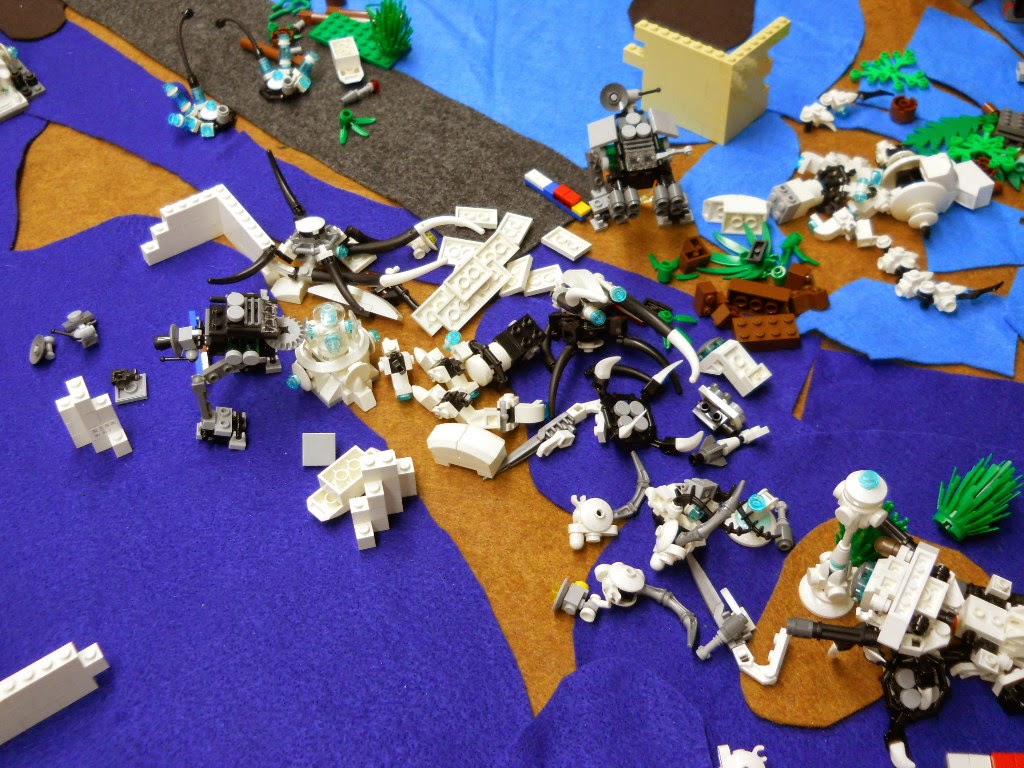 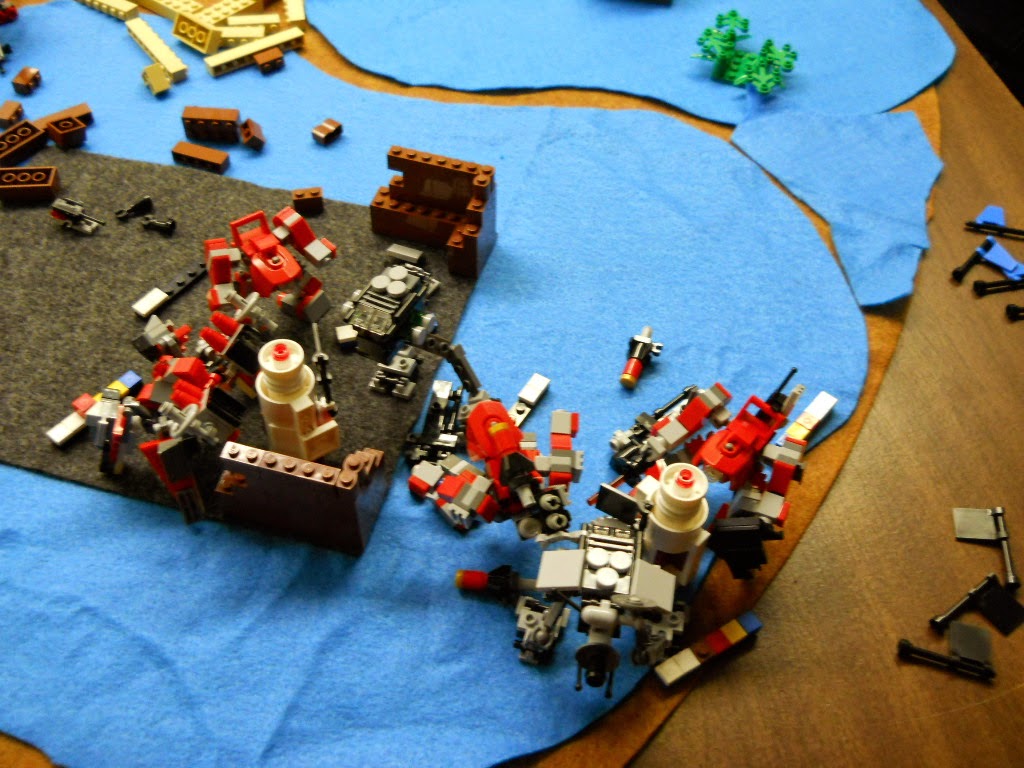 Here were the stations that were most contested.  This was a hard fought game and I believe Blorf said, "You guys have made me think more about this game than any other I've played."

Posted by Mantisking at 8:29 AM